“Time, Terma, and Kalachakra” at the Rubin Museum 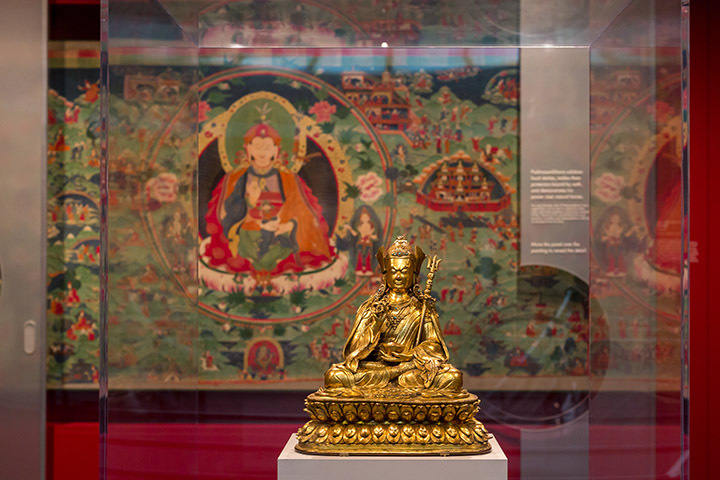 On the evening of Wednesday, August 8th, 7:00pm-8:30pm, Ven. Khenpo Tsewang Dongyal Rinpoche will teach on the meaning of Termas at the Rubin Museum in New York City!
The Kalachakra, meaning “Wheel of Time,” is among the highest and most complicated teachings in Tantra, and is traditionally used in community ritual to purify negative energy.
Venerable Khenpo Tsewang Dongyal Rinpoche is a Tibetan Buddhist Lama from the Nyingma school. He will be joined by astrologer and author A.T. Mann for an onstage conversation on the Kalachakra Tantra, Tibetan prophecy, and concepts of time. Rinpoche will share his knowledge of the great Buddhist master of time, Padmasambhava, and of the Dharma treasures of texts and relics known as terma that are hidden throughout Tibet and in the mind-streams of his disciples.

The great masters Guru Padmasambhava, Shantarakshita, and King Trisong Deutsen brought Buddhism to Tibet in the 8th century, which has continued until now through two unbroken lineages of kama and terma.

Kama is the distant oral transmission lineage that contains the essential practice aspect of all the Sutra and Tantra teachings of the Buddha. The close lineage of terma, or “hidden treasures” is the extraordinary legacy of Guru Padmasambhava, which includes secret teachings that were concealed in the earth, and even in the mindstreams of his disciples. Termas are revealed at a later prophesied time by destined practitioners known as tertons, who are reincarnations of the 25 principal disciples of Guru Padmasambhava. The terma lineage preserves the teaching and keeps the blessings fresh and intact for future generations.

Ven. Khenpo Tsewang Dongyal Rinpoche (1950-) was born in eastern Tibet and enthroned as a Nyingmapa abbot by His Holiness Dudjom Rinpoche. He traveled and studied with H.H. Dudjom Rinpoche, as well as with his late brother, Vajrayana master and scholar Ven. Khenchen Palden Sherab Rinpoche (1938-2010), and his father, the hidden yogi Lama Chimed Namgyal.

Ven. Khenchen Palden Sherab Rinpoche and Ven. Khenpo Tsewang Dongyal Rinpoche established the Padmasambhava Buddhist Center (PBC) in 1989 to preserve the authentic message of Buddha Shakyamuni and Guru Padmasambhava in its entirety, and in particular to teach the traditions of the Nyingma school and Vajrayana Buddhism. PBC includes over 20 centers in the U.S.A., India, Puerto Rico, and Russia, as well as monastic institutions in India, the U.S.A., and Russia.

As a holder of the complete Nyingmapa lineage, Khenpo Tsewang Rinpoche is fully versed in the Theravada, Mahayana, and Vajrayana schools, and is a master of Dzogchen. He has co-authored over 30 Dharma books in English with Khenchen Palden Sherab Rinpoche, and travels throughout the world giving teachings, empowerments, and personal guidance in fluent English at numerous retreats.

Padma Samye Ling Monastery and Retreat Center is located in Delaware County in upstate New York. Located in the western region of the Catskill Mountains, the outstanding facilities are contained within 500 acres of forests, meadows, and natural springs. PSL hosts group and personal retreats throughout the year, as well as an annual philosophical Shedra, weekly Dharma study groups, and a long-term residency volunteer program.

For more information about Khenpo Tsewang Rinpoche’s activities, the Padmasambhava Buddhist Center, or to schedule coming to PSL for retreat or a visit, please contact: 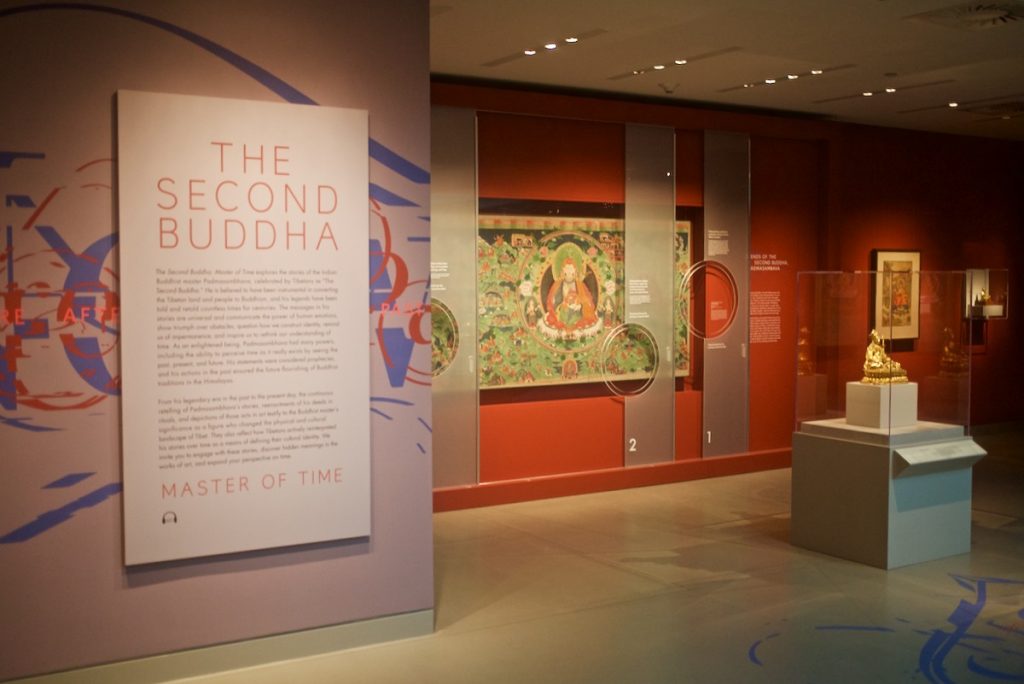 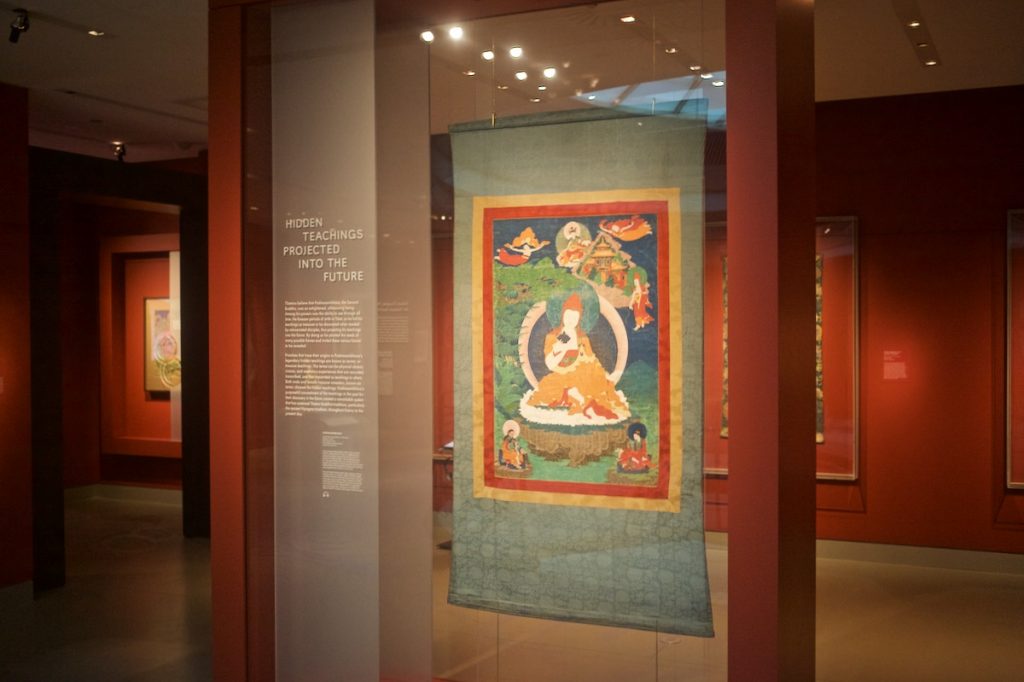 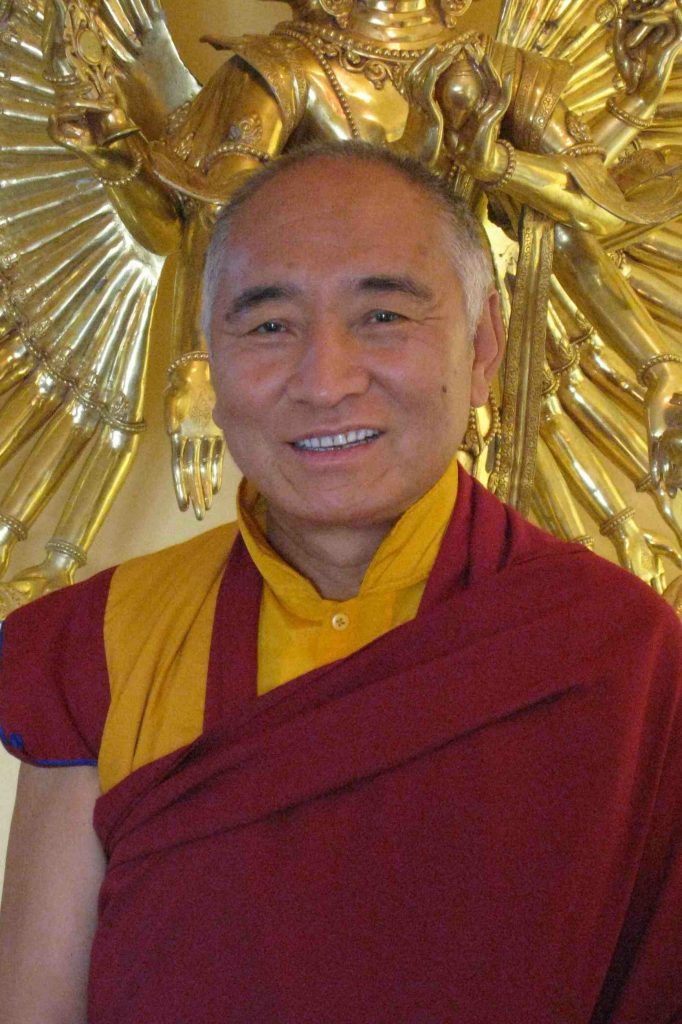