Anniversary of the Mahaparinirvana of His Holiness Dudjom Rinpoche 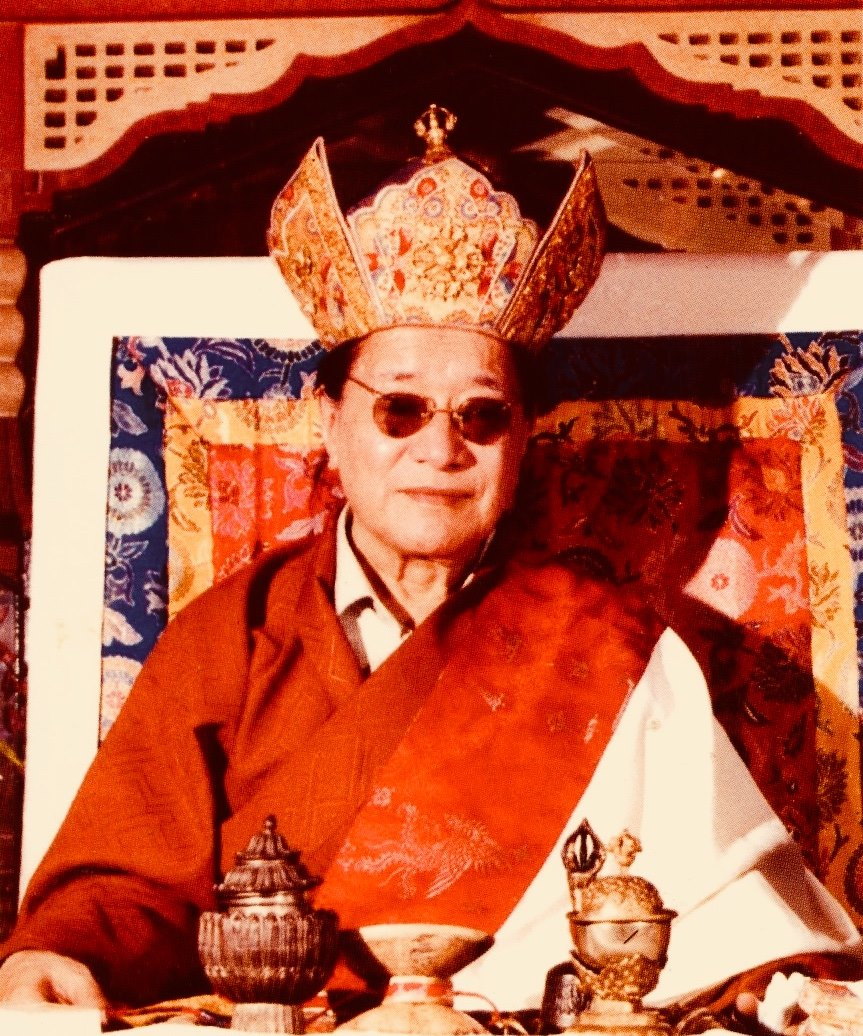 Join us in celebrating and honoring the mandala of enlightened blessings, realization, and activities still abounding from this great master of our time.

Special practices will be held at Padmasambhava Buddhist Centers.

Contact your local PBC for information on special group practices being held in your area.

Note: At Padma Samye Ling in New York, there will be a Shower of Blessings meditation practice with tsok ceremony on Tuesday, December 25th from 3:00pm-5:30pm.

“Reflecting upon the life and legacy of His Holiness Dudjom Rinpoche, we witness six extraordinary activities that he performed during this most crucial time in Tibetan Buddhist history:

(1) His writings number twenty-five volumes and are among the most profound and influential in Tibetan Buddhist history. They include his own terma revelations, poetry, historical treatises, and commentaries on the terma revealed by past masters, the kama teachings, and philosophy. As an acknowledged master, teacher, and expositor of instrumental and vocal music, chanting, and lama dance, as well as of esoteric practices, such as tsa-lung, tummo, and trülkhor, he also composed works on the ritual arts and yoga.

(2) He gave the empowerments of and teachings on the Treasury of Precious Treasures (the complete collection of termas compiled by Jamgön Kongtrul Rinpoche) an unprecedented ten times, to countless thousands of people, including many great masters, khenpos, and tulkus, thus securing and strengthening this vital tradition for generations to come.

(3) He collected, compiled, and edited the complete kama teachings of the Nyingma School, many of which were scattered throughout Tibet and its environs and thus in danger of being lost. He edited the existing thirteen volumes, originally printed in the u-med (dbu med) short-hand script, and reprinted them in twenty volumes in the u-chen (dbu chen) block-type script. To these, he added thirty-eight more volumes and then published all fifty eight. He also gave empowerments and teachings on the complete kama teachings three times.

(4) He gave the transmission of all the Kangyur teachings, inspiring his students as to their importance, thus securing textual study and meditation practice based upon the foundational teachings of the Buddha.

(5) In the 1960s—the most difficult time in Tibetan history—he, along with other masters and academics, rekindled the Tibetan educational system by editing the course-books used by primary and secondary school children.

(6) He was unanimously proclaimed by all the Nyingma masters and devotees to be the head of the Nyingma School, the first ever in Tibetan Buddhist history. He served in this capacity from the time of his appointment in the early 1960s until his mahaparinirvana in 1987, uniting all the subschools of the Nyingmapa and invigorating the tradition as a whole.

His Holiness Dudjom Rinpoche incarnated principally to perform these six activities in order to ensure the continuance of Tibetan Buddhism long into the future, as well as to benefit countless beings.”