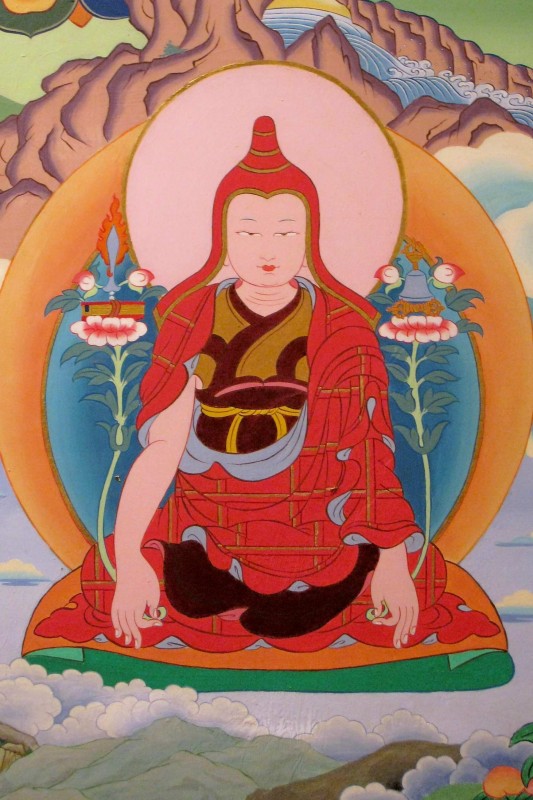 The practice will include a tsok feast ceremony, so feel free to bring fresh, unopened food to offer for everyone to enjoy after the practice, like chips, fruit, or dessert. Prayer text sadhanas of the practice will be available to borrow.

Longchenpa (1308–1364) was a major teacher in the Nyingma school of Tibetan Buddhism. Along with Sakya Pandita and Je Tsongkhapa, he is commonly recognized as one of the three main manifestations of Manjushri to have taught in Central Tibet. His major work is the Seven Treasures, which encapsulates the previous 600 years of Buddhist thought in Tibet. Longchenpa was a critical link in the exoteric and esoteric transmission of the Dzogchen teachings. He was abbot of Samye, one of Tibet’s most important monasteries and the first Buddhist monastery established in the Himalaya, but spent most of his life traveling or in retreat.

If you’ve never been to Padma Samye Ling, please plan on arriving early to settle in. The practice will be held in the main temple. Everyone is stay afterwards to relax and talk with the sangha community in the temple after the practice concludes.