During the meditation and practice sessions with Ven. Khenpo Tsewang Dongyal Rinpoche during the 2020 Dzogchen Summer Retreat, we’re accumulating mantra recitations of the Dusum Sangye Prayer of Guru Padmasambhava. Please add your mantra accumulations below and dedicate the merit for the happiness and enlightenment of all beings!

END_OF_DOCUMENT_TOKEN_TO_BE_REPLACED 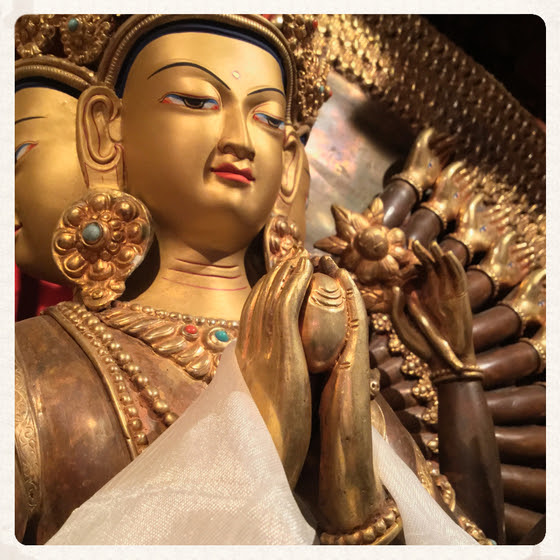 Our Sangha In Puerto Rico

Ven. Khenpo Tsewang Dongyal Rinpoche sends his sincere best wishes and prayers for everyone effected by the recent hurricanes, fires, and earthquakes.

Rinpoche asks that you please continue to pray for everyone and all the many difficult situations unfolding in the world.

As you all know, Hurricane Maria hit Puerto Rico quite hard. In fact it was the strongest and most destructive hurricane to strike the island since 1928. We have heard from a few Sangha members in Puerto Rico who let us know that they are safe even though the devastation is major. However, we have not heard from everyone. So, we are very concerned. Please keep them in your prayers.

We’d like to help at least our Sangha members to recover as much as we can. Please consider donating toward a fund we have set up to assist in relief and recovery after this incredibly destructive storm. Your tax deductible donations can be made payable to “Padmasambhava Buddhist Center” with “Compassionate Action Fund” in the memo.

It is also possible to donate online via this link:

Please feel free to forward this email to anyone you think may be interested.

Yours in the Dharma,
the Padma Samye Ling Sangha

On April 2, 2017 at Padma Samye Ling during the One Month Dzogchen Retreat, Ven. Khenpo Tsewang Dongyal Rinpoche announced that a long-standing dream of Ven. Khenchen Palden Sherab Rinpoche and his was coming true: Today begins the carving of five New Stupas that will be installed in the Padma Samye Ling monastery meadow!

END_OF_DOCUMENT_TOKEN_TO_BE_REPLACED 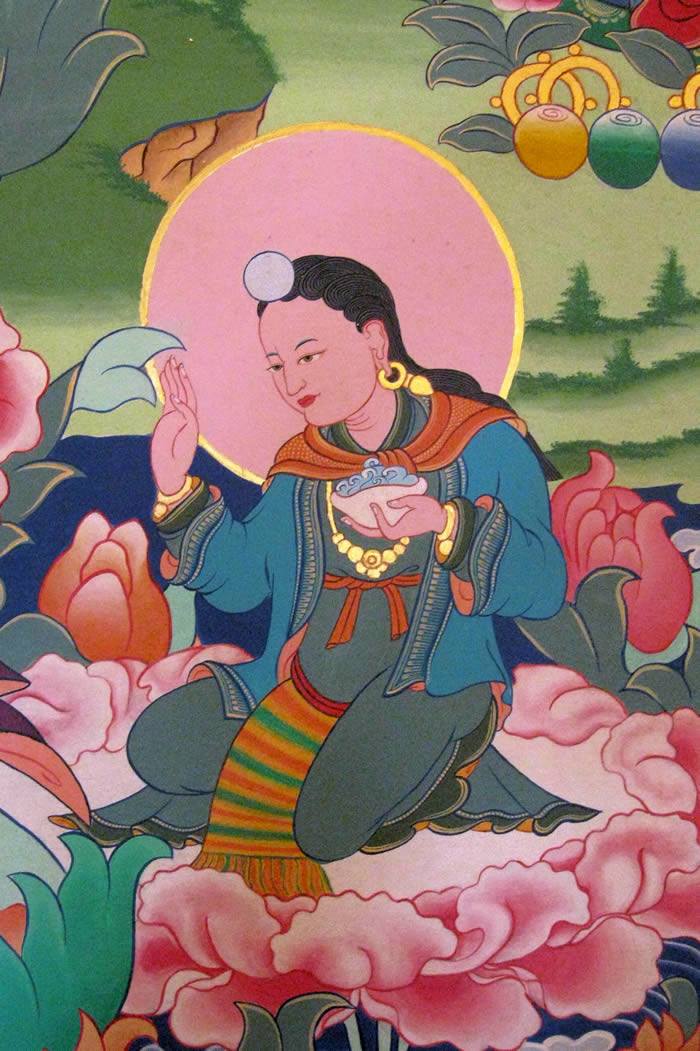 “The basis for realizing enlightenment is a human body. Male or female–there is no great difference. But if she develops the mind bent on enlightenment, to be a woman is better.”

I DON’T SEE THE DOWNLOAD IN THAT ISSUE OF PEMA MANDALA — DOUBLE CHECK OLD SITE.

END_OF_DOCUMENT_TOKEN_TO_BE_REPLACED 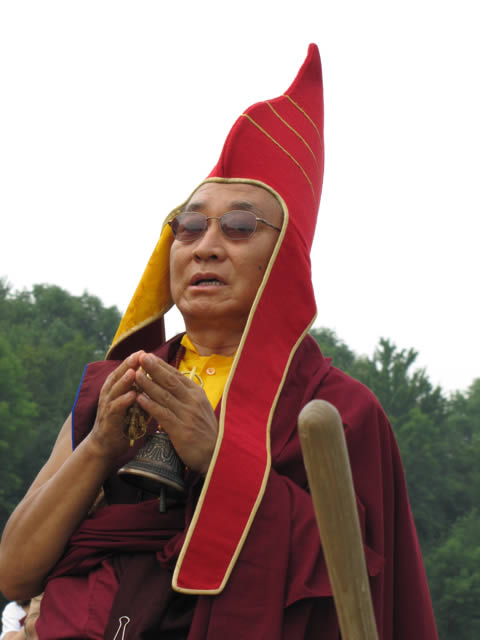 END_OF_DOCUMENT_TOKEN_TO_BE_REPLACED

“When we look back at the life stories of great masters, they all went through many difficulties and hardships. In some cases they hardly even had enough food to eat, clothes to wear, or decent places to stay. Yet with their courage, their commitment, and their vision, they continued to stand tall and achieved a great realization that every generation since continues to honor and appreciate. These are great messages, great teachings, great lessons, and great examples for us and for everyone. We have to make ourselves strong with the same level of courage and commitment.

For example, we always say, “The Buddha reached enlightenment under the Bodhi Tree.” Of course this may seem romantic, fascinating, exciting, and almost yuppie-like, staying in the garden and all that. But realistically, it was very difficult.We never mention the mosquitoes, the rain, or the heat of India.
Similarly, when Guru Padmasambhava came to Tibet, he didn’t stay in the palace of the kingdom—he stayed in the Samye Chimpu cave. Of course now everybody goes there as a pilgrimage spot, but we don’t often think about how cold, windy, or snowy it was. There were no windows, doors, or insulation. It was just a simple cave. Yeshe Tsogyal and Vimalamitra also stayed there, as well as the famous Nyingma tertons Nyangral Nyima Ozer and Guru Chokyi Wangchuk.
Jigme Lingpa also stayed on the same mountain in another cave that he named the Great Secret Cave of the Lotus. These days many people go to that cave on pilgrimage, but again, it is just a very ordinary cave. Of course in Tibet sometimes caves can be very beautiful, but this cave in particular was not very comfortable. In the summertime when there was rain, it gathered a lot of moisture—it was damp and dripped water. It was also cold and partially unprotected—it was more wide open, almost like an overhanging rock.

This cave is very holy and sacred, and many great masters and practitioners stayed there. Jigme Lingpa stayed there for nine years, and had visions and received blessings from Longchenpa. Longchenpa also wrote his realizations and teachings in this cave. It is such a great and blessed cave, but it is not comfortable according to the modern standards of beautiful facilities that we’re often spoiled with today. Even in the winter when there was a lot of snow and blizzards, or in the summer when there was a lot of rain, Jigme Lingpa would compose and sing beautiful songs. The weather reminded him of impermanence and how beautiful the natural display was, as it appeared and changed so many things, one after another.

Milarepa also stayed in caves. During the course of his practice, Milarepa stayed in six different caves known as the Six Castles of Milarepa. Usually castles are for wealthy aristocrats, but these caves he called his six castles. Some of the caves were okay, but others were not that great looking or comfortable.
These caves show us the patience, courage, and commitment of these great masters, and what it takes to practice the Dharma and reach enlightenment. These great masters were not looking for something comfortable, nor were they timid, sensitive, or fragile, making excuses all the time. They kept up their practice with courage and commitment, and that’s how they reached enlightenment.

Longchenpa himself stayed in a cave after receiving the final teachings from his root teacher Kumaradza. As he went off to practice, he made a commitment to Kumaradza: “I will make offerings of my practice. I will practice and make that offering to you.” Then he went to his cave, called the Kangri Thokar Cave. Today if you go there on pilgrimage, you’ll see that it’s not a beautiful, comfortable cave. It is at a very high altitude and is not very weatherproof. Longchenpa took just one bag that he used for his cushion, mattress, and blanket—he sat on and wore the bag. He also had about ten pounds of roasted barley flour, or tsampa, and twenty-one mercury pills. He used a meditation technique to extract the essence of the mercury pills so he could live off them. That was his whole supply for three years, and he reached enlightenment there. Afterwards, of course, he wrote all these great books and became known as the second Garab Dorje, or the second Buddha.

These are famous examples of patience, but we also need patience in dealing with regular people, as well as our sangha and family members. Patience doesn’t mean that we hold on to our experience. Patience means we let it go. Everything is moving and changing, so why hold on to it? That is grasping and clinging. We move forward by having great patience with family members, sangha members, and friends and neighbors. Always being open with courage and commitment, and looking forward to solving difficult problems with wisdom and skillful means is our practice, our meditation, and our patience.”

END_OF_DOCUMENT_TOKEN_TO_BE_REPLACED 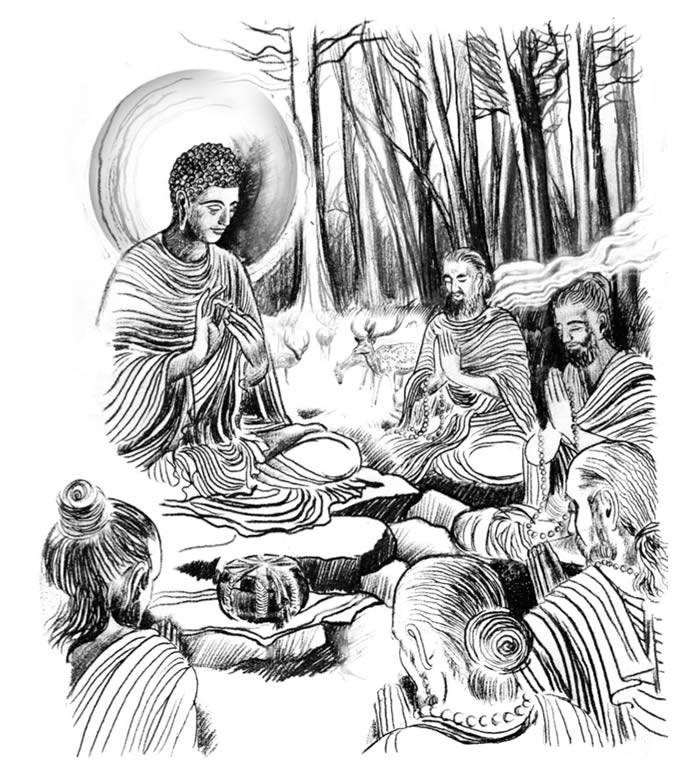 “The teachings say that the Buddha indirectly appointed Kashyapa to be his regent when he gave his own robes to Kashyapa and said, “I will give you my whole teaching. Keep, maintain, preserve, and spread my teaching, then give it to Ananda.”

This is how the teachings of the Buddha have continued uninterrupted as a living lineage, like a stainless chain of golden mountains.”

“Chain of Golden Mountains” Excerpted from an upcoming book by the Venerable Khenpo Rinpoches on The Life and Teachings of the Buddha.

END_OF_DOCUMENT_TOKEN_TO_BE_REPLACED 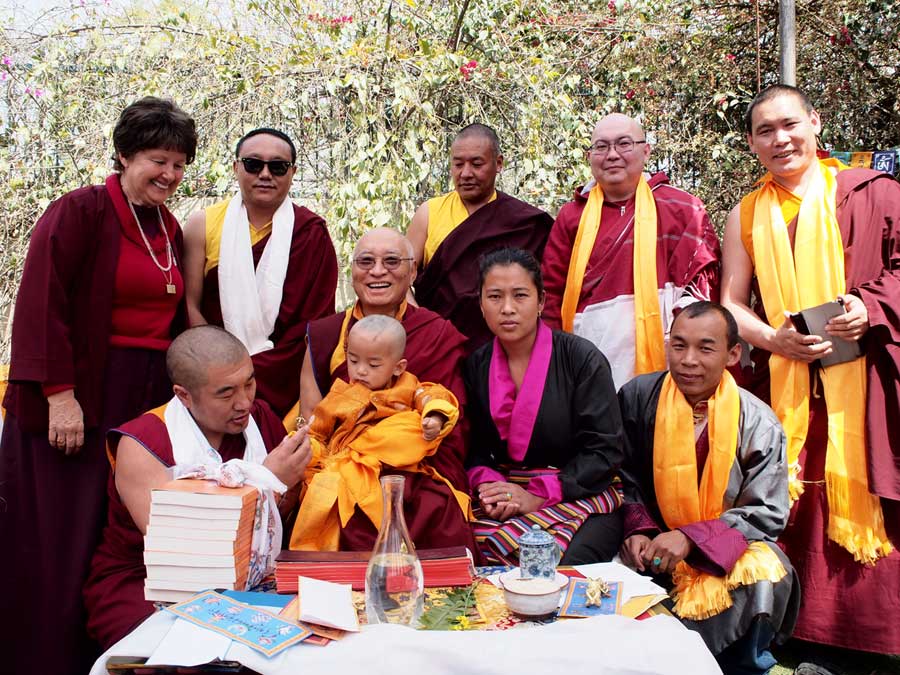 Venerable Khenpo Tsewang Dongyal Rinpoche is so delighted to have had the great opportunity to offer the Refuge Ceremony to the Yangsi reincarnation of Venerable Khenchen Palden Sherab Rinpoche, named Palden Yonten Thaye Lodro, in front of the Boudhanath Stupa Jarong Khashor in Nepal, on the morning of the 10th Day of Guru Padmasambhava known as Shantarakshita, March 7, 2017, in the presence of many devoted disciples of Ven. Khenchen Palden Sherab Rinpoche.

END_OF_DOCUMENT_TOKEN_TO_BE_REPLACED 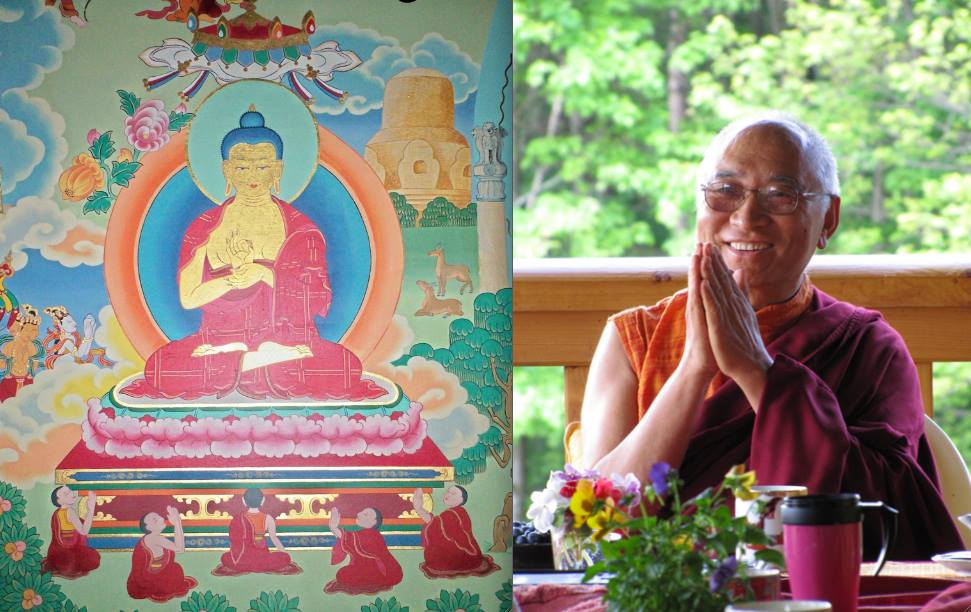 Remembering the Incredible Kindness of the Buddha & Guru Padmasambhava

This brief teaching is on the incredible kindness of the Buddha and Guru Padmasambhava for teaching and spreading the Dharma, and for our tremendous fortune that these teachings are still available to be studied and practiced.

END_OF_DOCUMENT_TOKEN_TO_BE_REPLACED 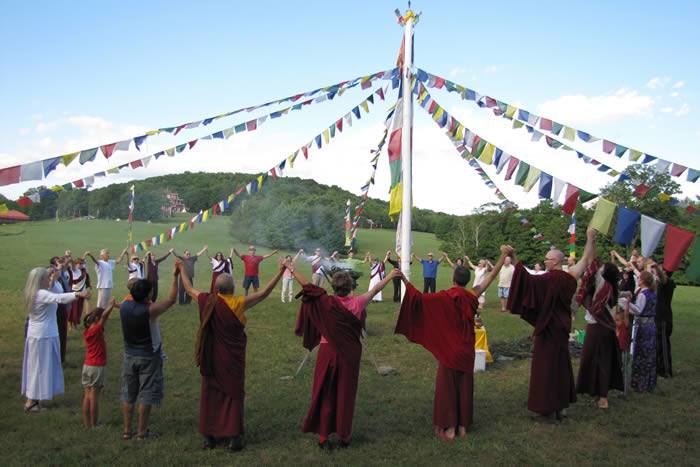 “Whenever and however you meditate, be joyful. Do not neglect the skillful means practices. At the beginning of every meditation session—and even during the practice—invoke goodness thoughts. Again, do not be too forceful. But also do not back away and lose your courage, commitment, and confidence. If you are on a long retreat, during formal practice sessions, increase the strength and stability of your mind by maintaining good, balanced concentration on your object of focus. Then, during post-meditation, do prostrations and circumambulations. Perform meritorious activities such as building stupas or temples. Read books on the teachings, reflect on what you read, and absorb it into your heart. Cultivate love and compassion. All of these are the skillful means practices of the relative truth.