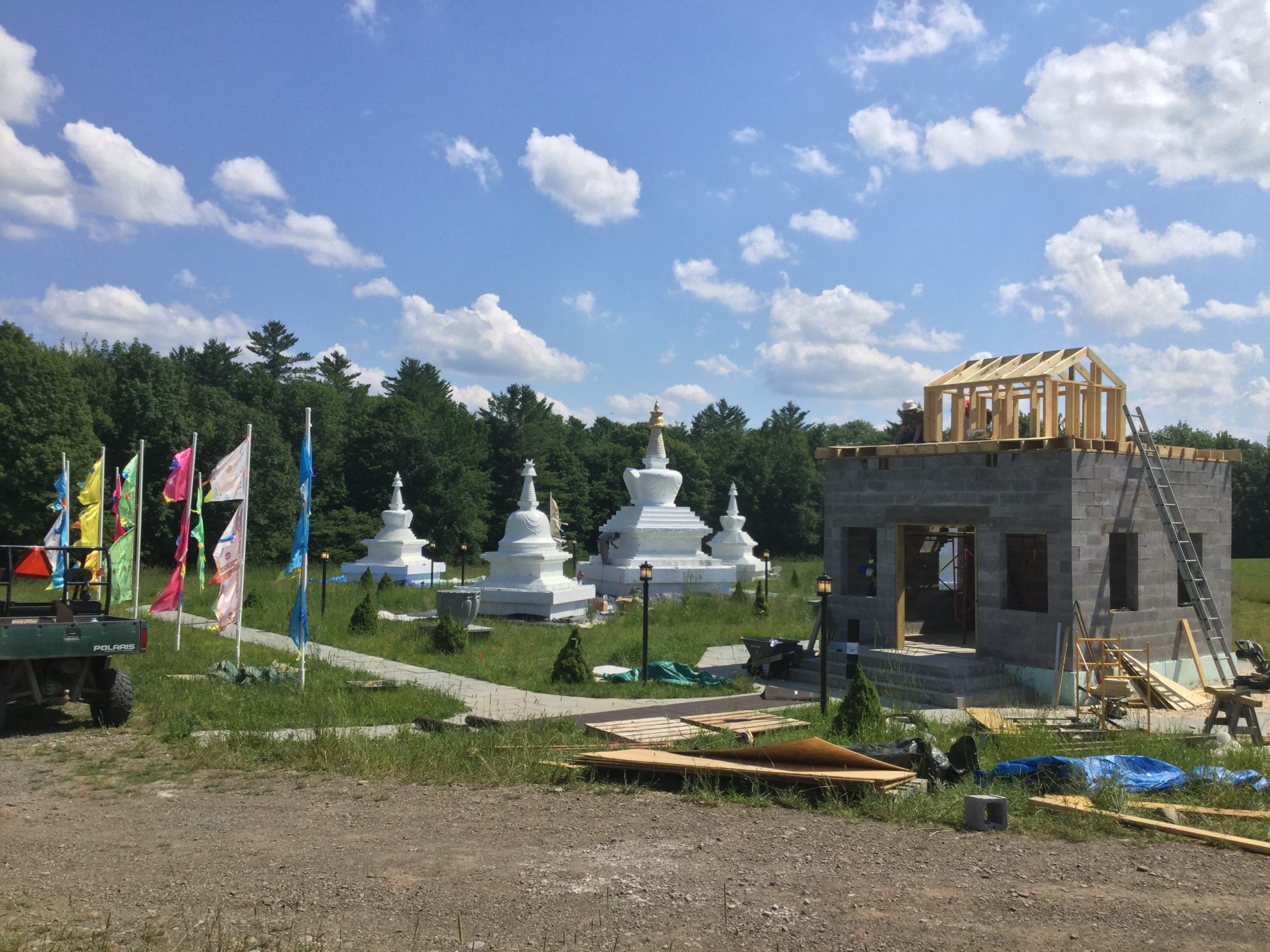 The New Guru Rinpoche Temple at Padma Samye Ling is blossoming, just as the Great Stupas glow even brighter!

https://www.youtube.com/watch?v=qTX5K9T3PSM&list=PL30E1D4F39600F6DE&index=70
Join the surging wave of merit as we create a new home for Guru Padmasambhava to enjoy!
https://www.paypal.com/donate/?cmd=_s-xclick&hosted_button_id=3GXVMFF8BYUYS&source=url&fbclid=IwAR3T3_hNbyxMHY5pK7C3PUMG66ZEa1JnXoZ17UuMaWVMuuuXQwkwBJJNdEQ
May all beings have happiness and the cause of happiness, and be free of suffering and the cause of suffering!
July 20, 2022
Learn more:
www.padmasambhava.org/the-importance-of-stupas
—

The benefits of building stupas were spoken of by the buddha in the Noble Amazing Sutra:

Ananda! Any devoted noble sons and daughters who fill this entire three-thousand-fold universe with the seven precious metals and make offerings to all the stream-enterers, once-returners, non-returners, and arhats—as well as all the sangha members in the four directions—do not accumulate as much merit as someone who makes a stupa to the Tathagata—the Subduer, the Perfectly Enlightened One, the One Who Entered Mahaparinirvana— that is even the size of a churura seed, with a central column the size of a needle, an umbrella the size of a juniper leaf, and filled with grain-sized statues and mustard seed-sized relics.

Moreover, in the Analyzing Activity Sutra, the Buddha said to the brahmin son Netso:

Whoever builds the Stupa of the Tathagata will gain the eighteen benefits. These are: (1) to be born in a royal family, (2) with perfect features (3) and a beautiful body; (4) who everybody loves to see (5) and looks to as a leader; (6) with fame expanding in the ten directions, (7) beautiful cheering sounds, (8) and praised with beautiful verses; (9) very detached from the world (10) and honored by gods (11) and humans; (12) very wealthy, (13) with a long life (14) and as healthy and strong as a vajra; (15) possessing the major marks (16) and minor marks; (17) born in the upper realms; (18) and soon to enter the supreme enlightened state.

In the Noble Lotus Sutra, the Buddha said:

(Those who want) to purify their negativities should make a stupa with their own hands—it will cleanse even the worst five obscurations. If they make 100,000 stupas, they will become a universal monarch among all the vidyadharas. Whoever contacts such a stupa will develop great wisdom and long life, and even if they die, they will be reborn in the higher realms in a royal clan, and they will never go to the lower realms. When born, their intelligence will be like a blazing sun, their intellect will become stable, and they will remember past lives. Thus it is said.

Noble sons and daughters! Whoever circumambulates or make offerings to a stupa will be blessed by Tathagatas, move to the supreme enlightened state through a non-returning path, and purify all of their karmic obscurations. Even if the shadow of a stupa touches birds, animals, deer, or whomever, they will not be reborn in the lower realms.

Thus, in the sutras and tantras the Buddha taught extensively about the benefits of building stupas, as well as the benefits to those who support and make contact with stupas.