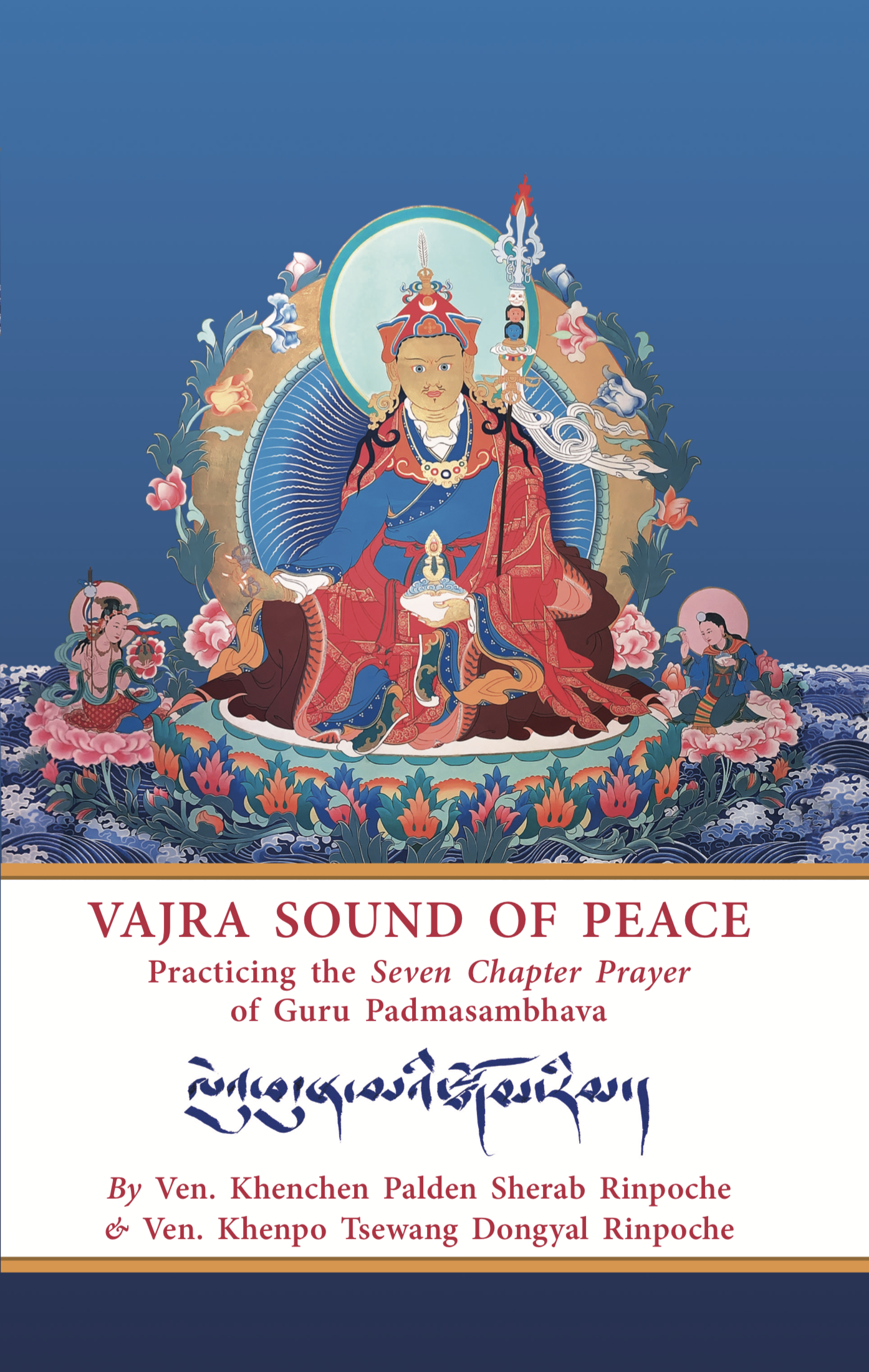 “All of the 84,000 teachings given by the Buddha Shakyamuni are contained in the Seven Chapter Prayer. It is therefore very profound and powerful. Also, from the outer perspective, this prayer is very accessible; it is not esoteric or mysterious. Why? Because prayer is based on devotion, and devotion is not esoteric. Devotion is something that almost everyone knows about and feels in one way or another. What is devotion? In the context of the teaching, devotion is an unfailing sense of joy and appreciation. It is trust. You feel that there is something calm and soothing and very beautiful about the teaching. You want to be part of it, you want your experience to grow and deepen. All of this is devotion. Devotion is fundamental to your meditation practice, and it is the very root of your spiritual realization. Without devotion, even if you’re connected to and practice the most esoteric and sophisticated spiritual discipline such as Dzogchen, you won’t make progress. This is why the power of devotion is mentioned constantly throughout the Buddha’s teaching. Therefore, after you investigate the teachings intellectually and settle down with good analytic understanding, in order for that understanding to really sizzle and materialize as a living reality in your heart, you need meditation practice. And for your meditation practice to really bear fruit, you need devotion.
In the Nyingma school of Tibetan Buddhism, every ceremony begins with the chanting of the Seven Line Prayer—not with refuge and bodhichitta. Of course refuge and devotion are most important; but when you have devotion you have unfailing trust, and that is itself refuge and bodhichitta. For the same reason, the Kagyu schools begin their ceremonies with the recitation of Calling the Lama from Afar. All the great masters who reached enlightenment have said that devotion was the most powerful catalyst. This Leu Dunma practiceis a very special way to connect to and actualize our devotion to Guru Padmasambhava.
The Power of Devotion
The great master Nagarjuna also celebrated the power of devotion. Nagarjuna was one of the most famous scholars and intellectuals in all of human history—not only in Buddhist history. He said that without devotion there is nothing we can accomplish. In his Precious Garland of Madhyamaka, Nagarjuna said that if we want spiritual awakening and enlightenment, we need two things: wisdom and devotion. According to Nagarjuna, wisdom is necessary for realization, but before we can gain wisdom we must have devotion. Without devotion, whatever we learn becomes dry. It won’t really sink into our heart and mind. It stays as mere knowledge. If we want full and complete benefit from our study, analysis, and contemplation of the teachings, as well as from our meditation practice—and not only for this life, but for many lives to come—devotion is the way. If we practice like this, externally we are like scholars and internally we are beautiful realization beings. We will have accomplished great meaning in our lives.
Whether we are practicing Dzogchen, Mahamudra, Madhyamaka, or the Shije pacifying techniques, we will not succeed unless we have devotion. The teachings are emphatic that when we have devotion the blessings will come. The blessings are realization. The teachings say that when the window of our devotion is open, the sunlight of the Buddha’s blessing comes pouring in. Our devotion and the blessings merge, which brings enlightenment. Similarly, the coming Buddha Maitreya said in his teaching that realization of self-born primordial wisdom comes through devotion. The great masters and realization beings have stressed the importance and power of devotion so much that it is like a pith instruction or a secret message.”
Venerable Khenpo Rinpoches
Vajra Sound of Peace: Practicing the Seven Chapter Prayer of Guru Padmasambhava (pgs 83-84)
www.padmasambhava.org/chiso/books-by-khenpo-rinpoches/seven-chapter-prayer-commentary-vajra-sound-of-peace
Previous Post
Allow Yourself to Shine
Next Post
Simple things done with love and compassion