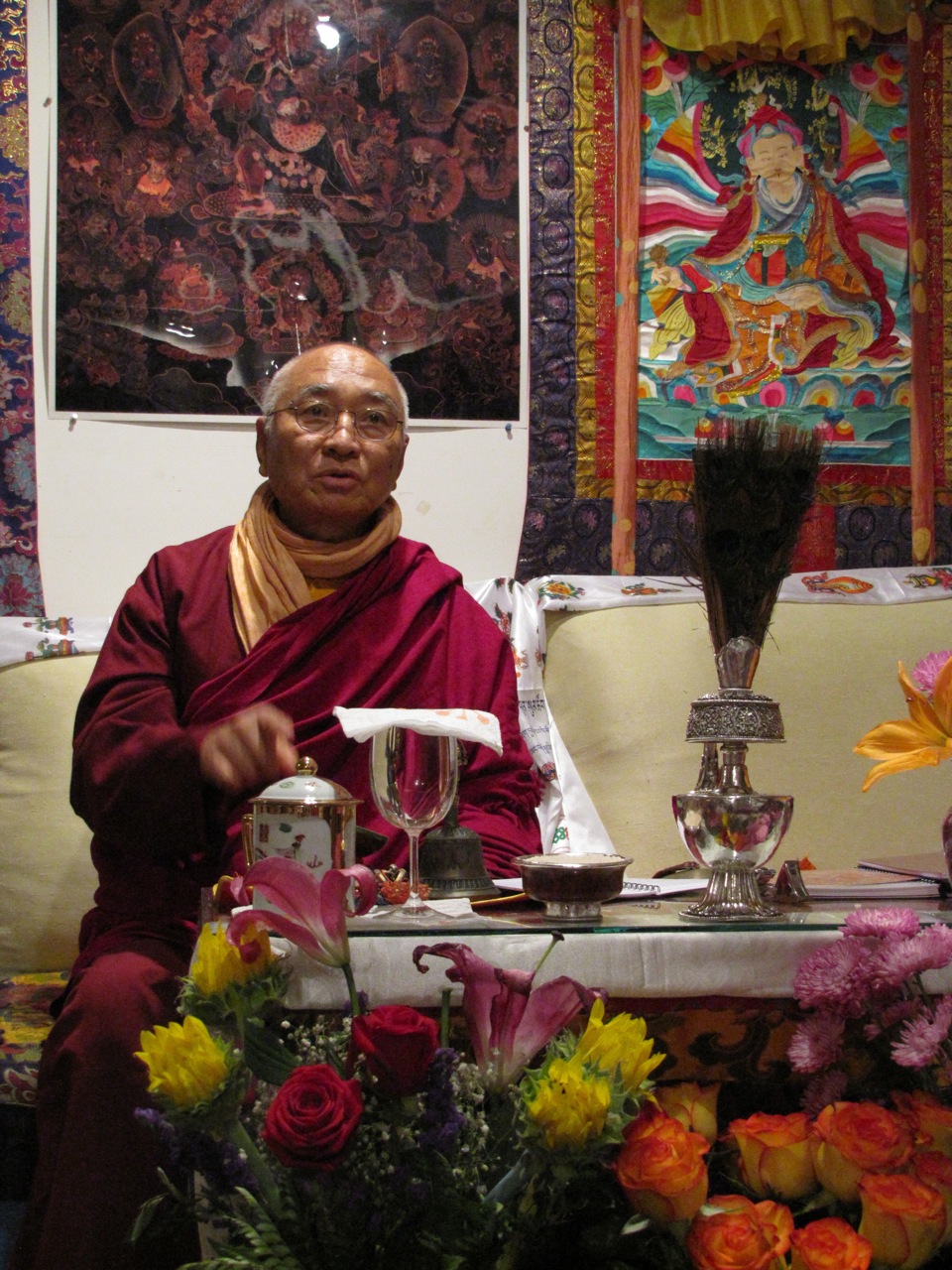 Teacher of the Truth

“We pray to the masters of the past, present, and future who teach the direct, simple teaching of cause, condition, and result as truth. And, as all these masters have come together in a single state as Guru Padmasambhava, we pray to Guru Padmasambhava.
Buddha Shakyamuni is a totally enlightened being—no one has higher realization. But from the moment he came into this world, he behaved like a common person. He carried his alms bowl, walked into town on bare feet just as his students did, and received his food. He always said, “Thank you” and dedicated the merit. Then he returned, washed his feet, and did afternoon meditation. He followed the customs of the everyday world; he didn’t use his realization power to go against it. His wisdom was unlimited, yet he remained humble, simple, and low-key. To the Buddha, the entire universe was the pure land Akanishtha— totally beyond duality—but to deal with and help other beings he was always respectful and acted in accordance with their thoughts and feelings. He showed beings how to achieve happiness and avoid suffering not only for the short-term, but forever. He was the teacher of truth, the one who speaks of things entirely as they are and leads others to increasingly positive situations and states of mind.”
Venerable Khenpo Rinpoches
Vajra Sound of Peace: Practicing the Seven Chapter Prayer of Guru Padmasambhava (pgs 121-122)
www.padmasambhava.org/chiso/books-by-khenpo-rinpoches/seven-chapter-prayer-commentary-vajra-sound-of-peace
Photo of Ven. Khenpo Tsewang Dongyal Rinpoche leading the Annual PBC New Years Vajrasattva/Vajrakilaya Retreat in the Bunker in 2016.