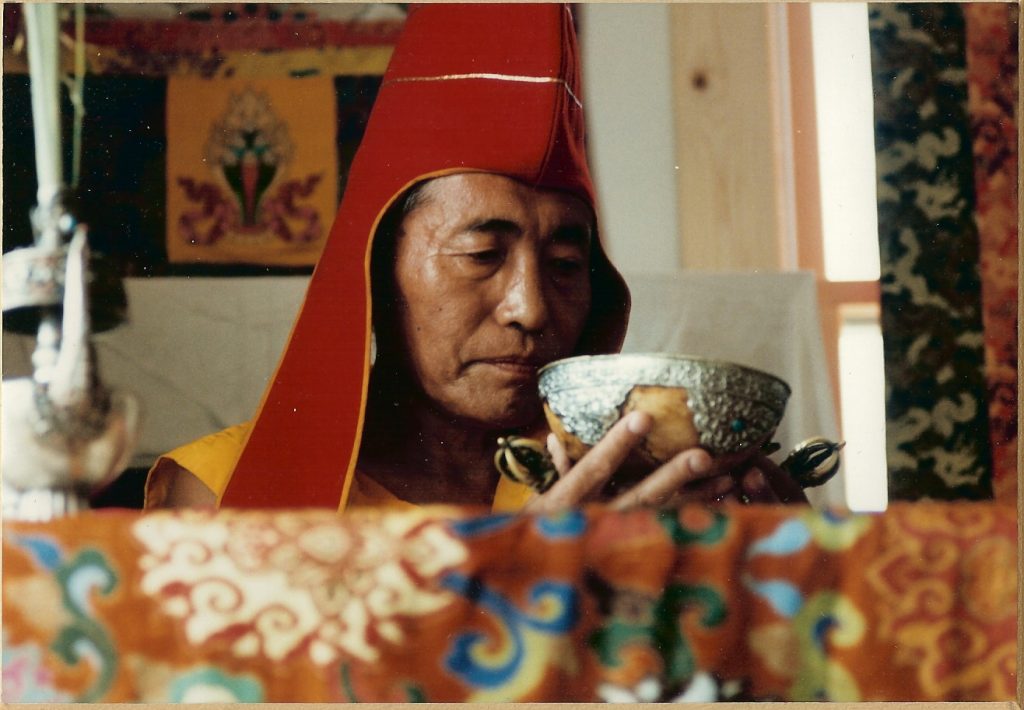 “Buddha of the Three Times”

“Among all buddhas, Guru Padmasambhava is renowned as the Buddha of the Degenerate Age. He is swift and powerful. Although many histories tell of his past enlightened activities, we shouldn’t think of him in terms of the past alone. Most importantly for us, he is the buddha of now. He’s also the buddha of the future. To devoted practitioners, Guru Padmasambhava has appeared, is appearing, and will appear in a variety of forms in direct perception, in visions, and in dreams. Directly and indirectly, he supports, blesses, and inspires practitioners, not only of the Nyingma school, but of all the schools of Tibetan Buddhism. This is well-documented in the life stories of so many great masters. Virtually all of the great masters recount meaningful, profound, and life-changing encounters with Guru Padmasambhava.

There are many life stories of Guru Padmasambhava. Likewise, there are many teachings and practices on him and prayers to him. Among these, Leu Dunma is considered one of the most blessed. Many great masters have called Leu Dunma the “king of all prayers to Guru Padmasambhava.” For centuries it has been highly renowned and widely practiced. It’s extremely special. Guru Padmasambhava wrote it himself—it is his direct voice, and then it was hidden. Since the time when it was revealed by Tulku Zangpo Dragpa and Rigdzin Godemchen in the 14th century, these wisdom words of Guru Padmasambhava have been recited by many enlightened beings— some of whom you have read about and some of whom you know. The prayers of Leu Dunma reverberate with great blessings in the space of dharmadhatu. When you chant these words, you join in and contribute to its power. The Seven Chapter Prayer is truly one of the most powerful of all Vajrayana teachings.”