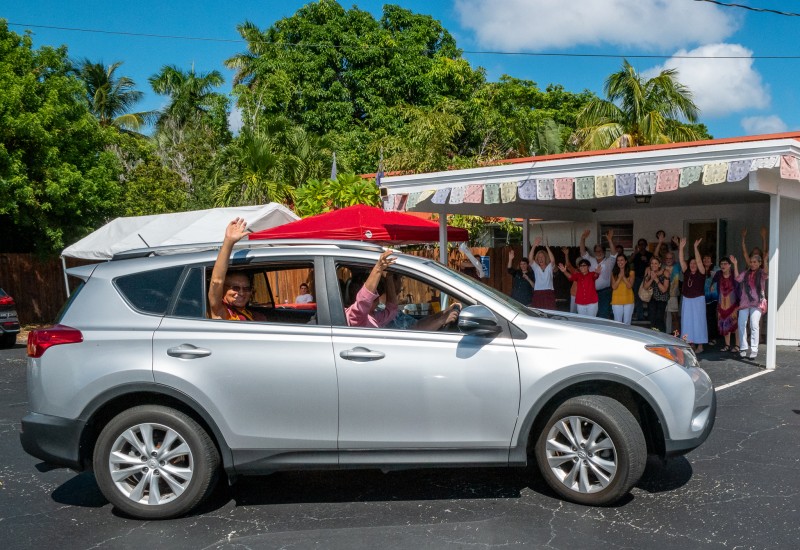 Going Beyond All Vehicles

Sakya Pandita, said, “Atiyoga is not a vehicle that leads somewhere. Atiyoga itself is wisdom. All the other yanas are vehicles that will lead to a destination, but Atiyoga is not a vehicle that leads to a destination. Atiyoga is the destination. It is wisdom.”
Mahayana (Skt; Tib. theg pa chen po). Literally, the “Greater Vehicle.” The Mahayana teachings are characterized by the practice of the six paramitas and the cultivation of the altruistic intention to free all beings from the sufferings of samsara (bodhichitta), thus leading them to complete enlightenment. Both the sutras and tantras are included within this vehicle. The path practiced by bodhisattvas, the Mahayana emphasizes the recognition of the emptiness of both self and other. It is termed the “Greater Vehicle” because it can transport a vast number of beings to enlightenment and has the connotation of “all beings,” as opposed to individual beings. The principal philosophical schools of the Mahayana are Chittamatra and Madhyamaka.
Vajrayana (Skt; Tib. rdo rje’i theg pa). The Vajrayana is also known as the “Adamantine Vehicle,” “Indestructible Vehicle,” “Secret Mantrayana” (gsang ngags kyi theg pa; Skt. Guhyamantra), and “Mantrayana.” The latter two names indicate that mind is protected from dualistic conceptions through the practice of this vehicle; in the Sanskrit word mantra, the root mana can be translated as “mind” and the suffix tra can be translated as “protection.” On one level, the Vajrayana is referred to as “secret” because it has traditionally been transmitted from a qualified teacher to a qualified disciple and kept hidden from those who would misinterpret the teachings and thereby harm themselves and others. However, on a deeper level, this secret quality alludes to the “self-secret” nature of awareness that remains hidden from duality mind. There are two very important foundational elements to all Vajrayana practice: (1) a vast and sincere motivation of bodhichitta, which is the strong wish to bring all sentient beings, without partiality, to the state of complete enlightenment; and (2) a purity understanding or view of the nature of reality, which regards all phenomena—including one’s own aggregates—as the pervasive wisdom display of the “three vajra states” (rdo rje gsum), the inseparable union of wisdom and compassion.
Within this context, the Vajrayana is characterized by innumerable tantric techniques, such as visualization, mantra recitation, and various yogic disciplines, all of which are designed to bring every aspect of experience—including the eight consciousnesses, all mental events, the five poisons, and the six bardos—to the path of Dharma. This is ultimately accomplished by stabilizing recognition of the nature of mind, which is the primordial union of appearance and emptiness, or wisdom and compassion.
Venerable Khenpo Rinpoches
Supreme Wisdom: Commentary on Yeshe Lama (pg 304 and 512 and 531)
Photo of Ven. Khenpo Tsewang Rinpoche, Lama Jomo Lorraine, and gathered Sangha at the Palm Beach Dharma Center after concluding a day-long retreat on Entering the Vajrayana Diamond Vehicle on September 28, 2019.
Photo by Mark McDonnelll.
Previous Post
Always Turning the Wheel of Analytic Meditation
Next Post
Keep Yourself Inspired!