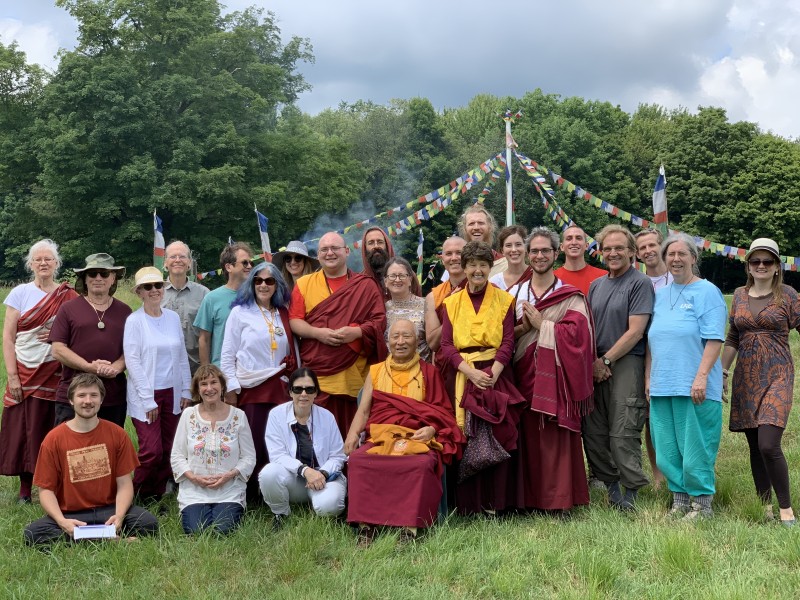 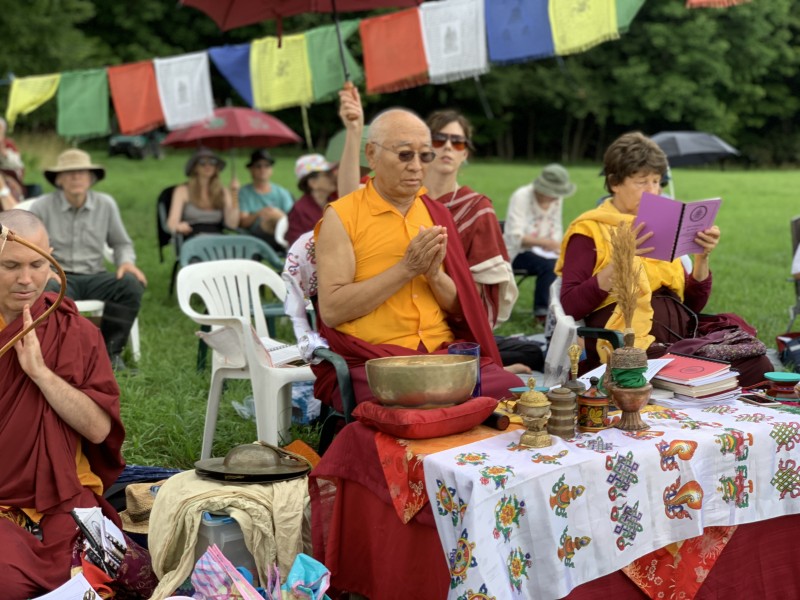 A 20 foot Enlightenment Stupa will be placed in the center, surrounded by the following 12 foot stupas in the four directions: a Heaped Lotuses Stupa, a Many Doors Stupa; a Complete Victory Stupa; and a Mahaparinirvana Stupa.

They are made entirely of solid volcanic rock, and are being hand-carved in Indonesia by an expert craftsman. 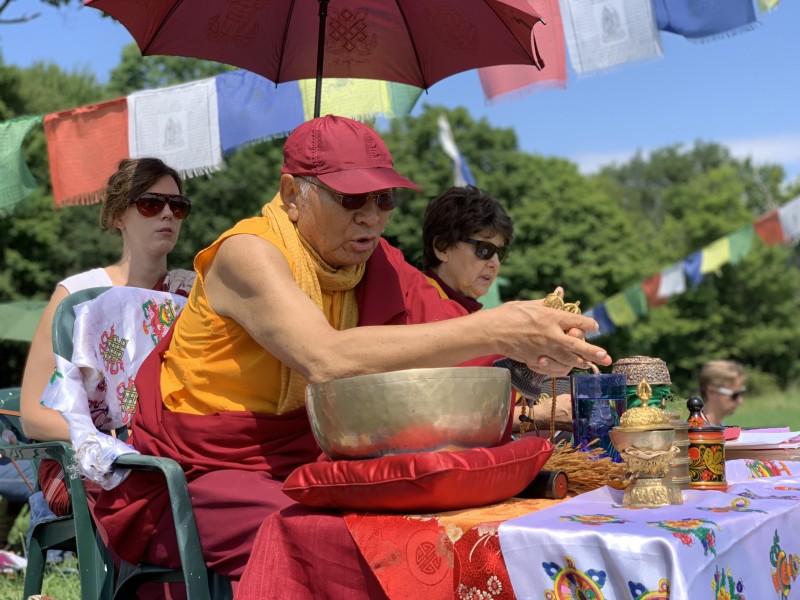 “Noble sons and daughters! Whoever circumambulates or make offerings to a stupa will be blessed by Tathagatas, move to the supreme enlightened state through a non-returning path, and purify all of their karmic obscurations. Even if the shadow of a stupa touches birds, animals, deer, or whomever, they will not be reborn in the lower realms.”

Learn how you can join the magic!
www.padmasambhava.org/psl-meadow-stupa-garden 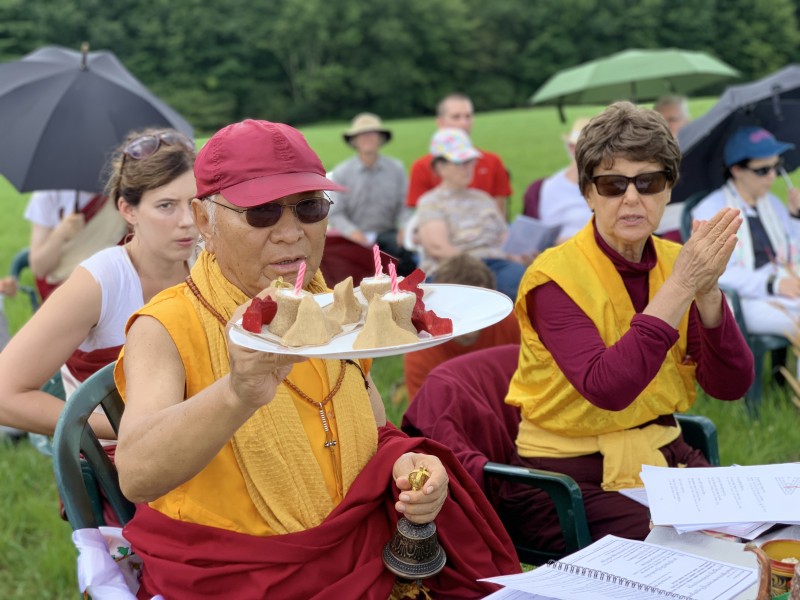 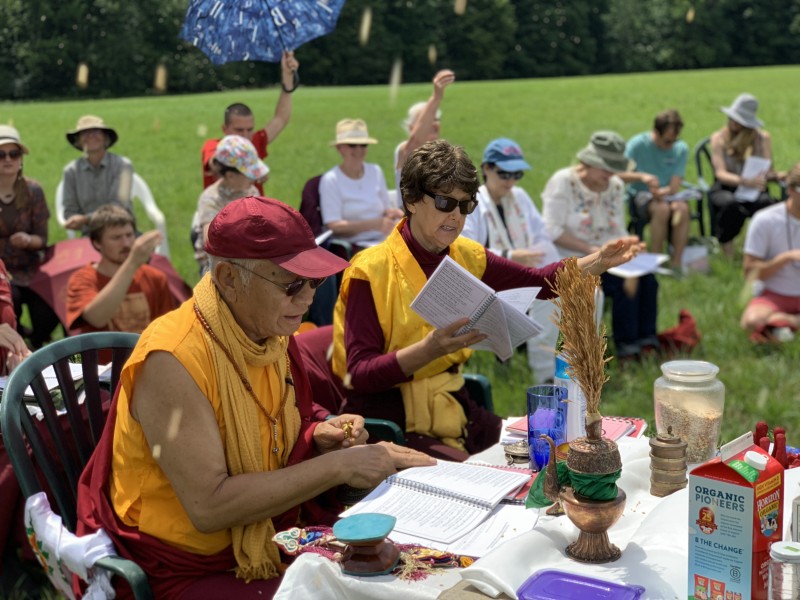 Previous Post
Happy Chokhor Duchen, celebrating the anniversary of when Buddha Shakyamuni first taught the Dharma!
Next Post
Two Truths According to the Each of the 9 Levels of Buddhism