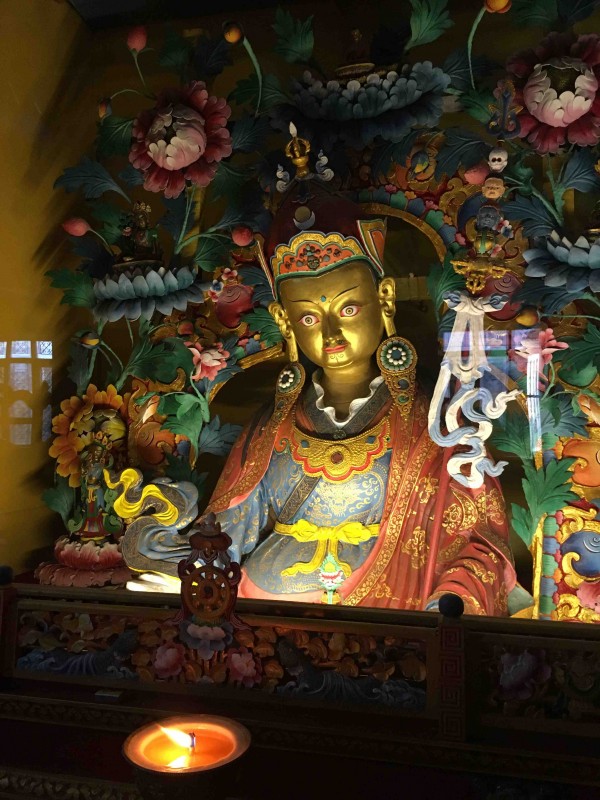 “The “Lotus-Born” refers to the great teacher, Guru Padmasambhava, in whom the highest spiritual reality was manifest, and in whom others saw, and continue to see, the mirror of their own potential. It is said that Padmasambhava had no father or mother but was self-generated; he simply appeared on this earth as an eight-year-old boy sitting on a lotus. Symbolically, Padmasambhava’s birth represents the birth of all experiences, which are ultimately beyond reason and cause—they have no mother or father. Experiences occur by themselves. The message of the Lotus-Born is to move beyond inquiry and analysis, and dwell in the freedom and spontaneity of the here and now…. Lineage sons and daughters are those who dwell and participate in this understanding.

Guru Rinpoche is the embodiment of all the buddhas of the three times and ten directions, and was predicted by Buddha Shākyamuni as the great being who would serve as his regent. He is often referred to as the “Second Buddha,” who attained the transcendental wisdom rainbow body—an ever-youthful immortal body—the highest vidyadhara level.”

Venerable Khenpo Rinpoches
Ceaseless Echoes of the Great Silence: A Commentary on the Heart Sutra Prajnaparamita (pgs 227-228)
Previous Post
Noble Beginning of Refuge and Bodhichitta
Next Post
How to Sincerely Love All Mother Sentient Beings