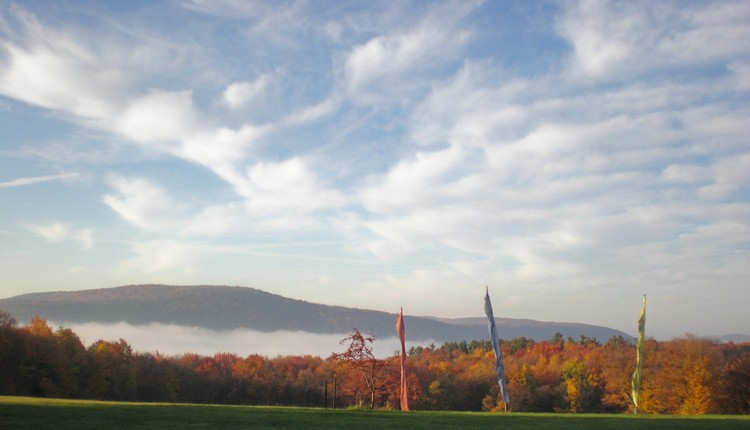 “The twelve links (Skt. nidāna) of dependent origination, which were taught in the Abhidharma discourses of the first turning of the wheel of Dharma, demonstrate the process through which all phenomena arise interdependently based upon causes and conditions. These links are traditionally ordered as follows: (1) ignorance, (2) karmic formations or habitual tendencies, (3) dualistic consciousness, (4) name and form, (5) the six sense organs (i.e., fields) of the eye, ear, nose, tongue, body, and intellect, (6) contact, (7) feeling or physical sensation (8) craving or thirst, (9) grasping, (10) becoming or being, (11) (re)birth, and (12) old age and death.

The entire process is driven by ignorance, defined by the mahāpaṇḍita Mipham Jamyang Namgyal Gyatso as “not knowing the Four Noble Truths and assuming that the ongoing movement of the five aggregates is an enduring ‘self.’”