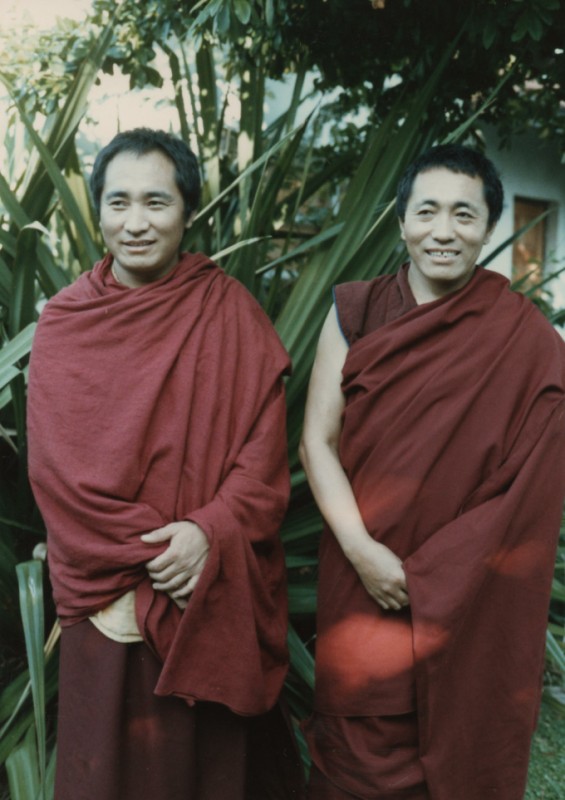 Principal Philosophy of the Mind Only School

Question: Could you say a little bit more about how Yogachara Madhyamaka developed based upon the Cittamatra, or Mind Only school?

Answer: “I think you all know that Yogachara is a synonym for the Mind Only school, which is called sem tsam pa in Tibetan. The terms Yogachara and Cittamatra are both Sanskrit words. Roughly translated, yoga refers to an inner state of concentration and is deeply connected with the mind. Chara means “conduct” or “action.” So Yogachara can be translated as “action of the mind.” The Mind Only schools sees everything in the world and beyond as none other than the emanations and activities of mind. There are two ways to understand this. First, all schools agree that one’s own perceptions, conceptions, and ideas are mind. These are associated with the perceiving subject. Next, we have to look at seemingly “objective” phenomena, such as mountains, the world, the galaxy, and other objects. What are these? You may wonder how these phenomenal objects could be projections of mind.

The Mind Only school teaches that our habits patterns of grasping to phenomena as substantially solid and inherently existent have been continually imprinted in the subconscious storehouse (Skt. alaya), or the eighth consciousness. Based upon these imprints, our perceptual habit patterns reflect back to ourselves and others as phenomenal appearances. Although objects seem to be distinct from mind, they all begin with mind. Generally, we have accumulated habit patterns: (1) the habit pattern of (perceiving things) as singular and solid, which is the universal habit pattern; (2) the habit pattern of perceiving phenomenal appearances, which are the objects of the senses; and (3) the habit patterns of individual, physical characteristics. Even though these three habit patterns appear to be different from mind itself, they are actually imprints that have been stored in the alaya for a very longtime. At the present time, these imprints (objects) are reflecting back to ourselves (subjects), despite the fact that they are manifestations of mind previously registered in the alaya. In this way, external objects and all phenomena are actually part of mind’s own display; on the absolute level, nothing substantially solid has ever existed throughout beginningless time. phenomena are like illusions or magic. This is the principal philosophy of the Yogachara schools.

The great Shantarakshita incorporated this Mind Only view of conventional reality in the Yogachara Madhyamaka school, which therefore describes relative reality in precisely the same manner as the Mind Only school. On the absolute level, however, Madhyamaka describes everything as empty. Even mind itself it seen to be empty and devoid of inherent self-existence. Shantarakshita united these two profound philosophical systems—the Yogachara view of conventional reality and the Madhyamaka view of absolute truth—without any hardship or contradiction. To summarize, on the relative level, everything is a display of mind; on the absolute level, everything is completely beyond all characteristics and complexity.

In the Madhyamakalankara, Khenchen Bodhisattva himself describes the Yogachara Madhyamaka school as “riding the chariot of two great philosophical systems, holding the reins of logic and reasoning.” And what are these two great chariots? They are the profound Madhyamaka system of Nagarjuna and the vast philosophical system of Asanga and Vasubandhu combined together in a single state of practice. Based upon this profound system of logic and reason— applied in meditation—we will proceed directly to the perfect state of buddhahood.”