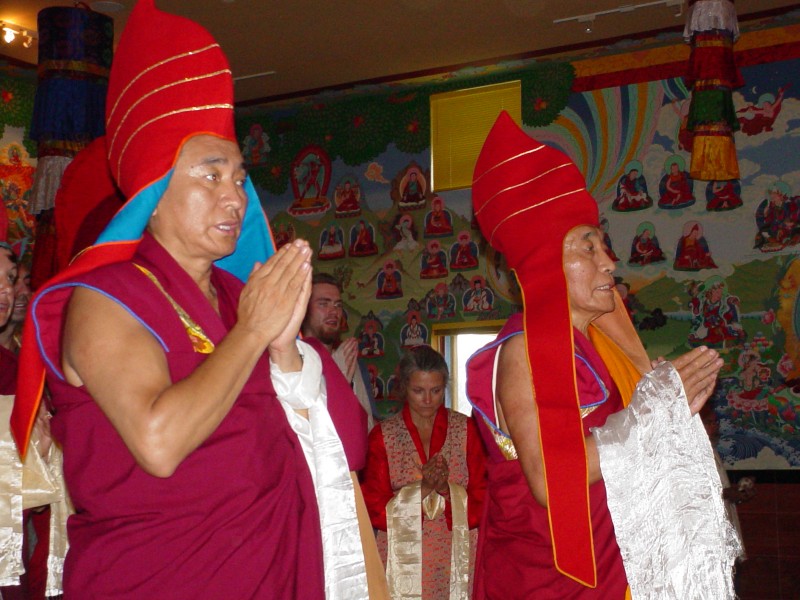 “One day the Buddha was going to the city to beg for lunch. On the way, he passed a beach where a group of children were playing. They were building intricate sand castles that even had rooms for the king’s court and treasure house. The children were playing the roles of king, queen, and ministers. As the Buddha and his students approached, the little boy who was acting as the king saw them coming and was very happy. He picked up a handful of the sand which symbolized the royal treasure and ran toward the Buddha. When Ananda saw that the child was going to put sand in the Buddha’s begging bowl, he was ready to stop the boy, but the Buddha said, “Let me accept his offering. This is special.” The Buddha lowered his bowl, but the child could not reach it, so the boy called for one of his little ministers. The boy asked his friend to get down on all fours and then stood on his back to put the offering in Buddha’s begging bowl.

Ananda and the Buddha’s other students saw all this and were very amazed. They asked, “Who is this child?” The Buddha replied, “This boy is uncommon. Through his aspirations and this connection with me here today, he will become a very great king about 250 years after my mahaparinirvana. He will help spread the Dharma and support the sangha. He will create as many monuments to Buddhism throughout the world as the grains of sand that he placed in my bowl. This is a very special child, and the friends who helped him today will continue to support his activities in the future.” Then the Buddha said a special dedication prayer and continued walking into the city.”