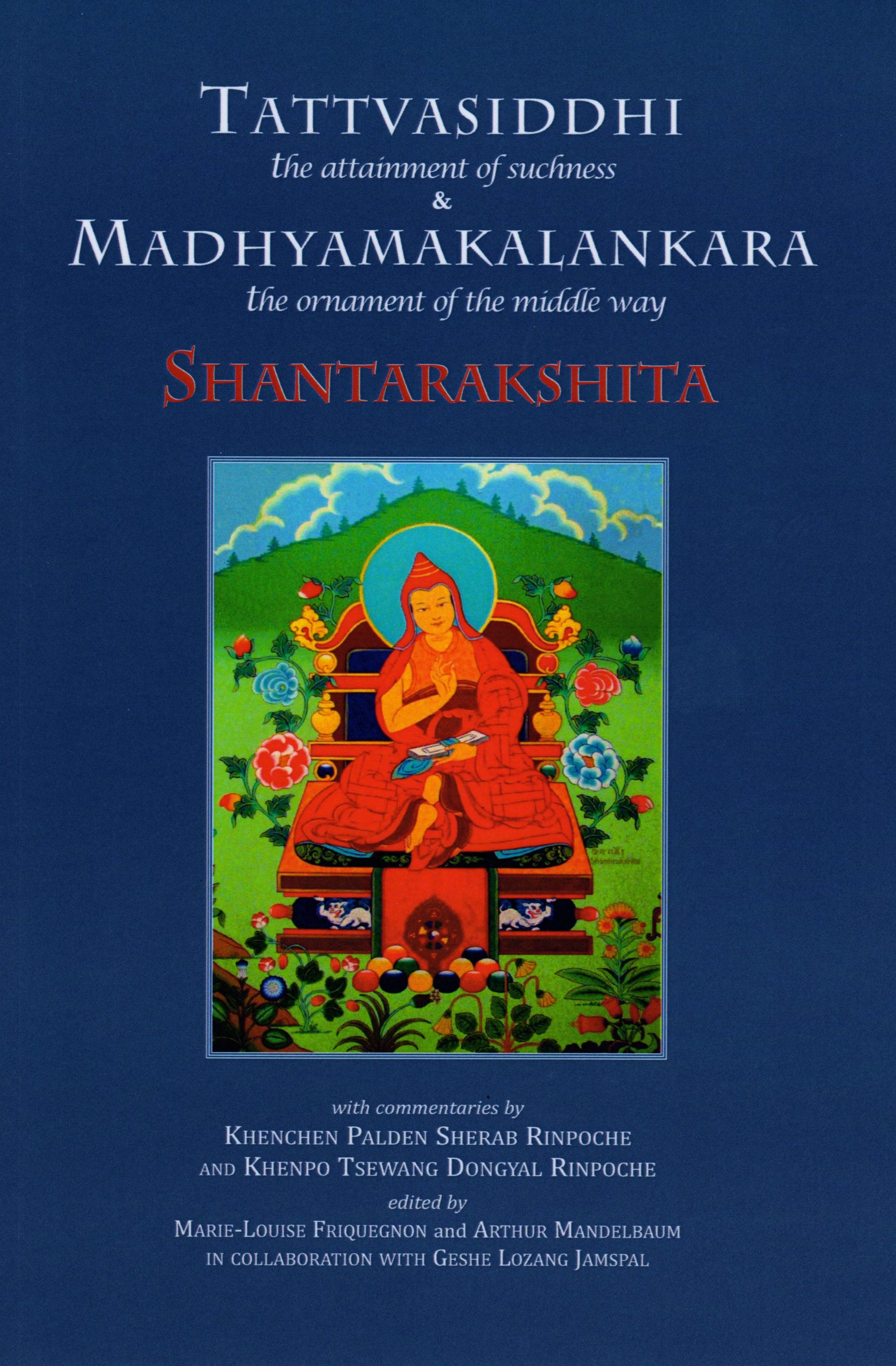 Tattvasiddhi: The Attainment of Suchness

Madhyamakalankara: The Ornament of the Middle Way

“By tasting of the feast of reasoning contained therein,

Who on the path of reasoning for many lives,

Through many hardships came to mastery in proof and refutation,

Even in the noble land this master’s like was rarely found.

Ah, such was the great fortune of the people of Tibet

He was invited by their king and sovereign!

And as I think of it my mind

Is helplessly transported with a wondrous joy!”

“I venerate the great abbot Shantarakshita, whose skill opened the way of using logical reasoning, to explain to his disciples in accordance with their dispositions, the Middle Way path of emptiness, devoid of duality. He spread the conqueror’s teachings in the Land of the Snows.”

-His Holiness the Dalai Lama

“Glorious Shantarakshita, the sacred holder of the vows, Padmasambhava, the master of both yoga and accomplishment, Losel Wangpo and Kamalasila: these are second Buddhas in this age of decadence.”