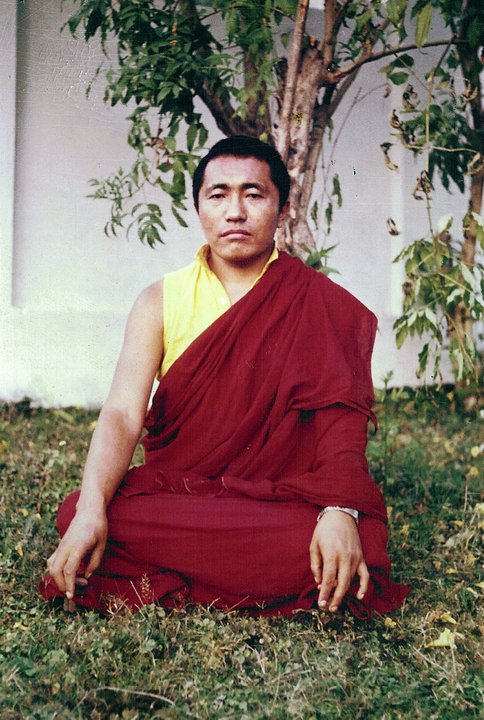 “In our region of eastern Tibet there was a renowned teacher, a hermitage yogi who was humble, simple, and very realized. His name was Ahnsok. People would go to him and ask, “Could you please give me the instructions that will usher my mind?” This was the way people in our area asked for Dzogchen instructions. Ahnsok was old and his voice was not so strong; when he spoke it was like a whisper. He would say, “Yes, I will give you the instructions that will usher your mind, but first you have to do some preparation.” Preparation meant to practice Ngondro, particularly bodhichitta. Ahnsok always said, “If you’re not ready, if your mind is not prepared, even if I pour the ushering instructions into your mind, it won’t help. The ushering instructions and your mind will go in two different directions.” If you pour fresh milk into an unclean bowl, the milk will be spoiled—this was the example he used.

The people in that region of eastern Tibet were semi-nomadic. They would stay in summer, but leave in winter since the winters were very harsh. But Ahnsok lived there all year long. We don’t know how he got food sometimes. He stayed in a lovely place called Thortsay, in a mountain cave with a southern exposure that was surrounded by many juniper trees. His cave provided only partial protection from the wind and snow. Within that cave he stayed in a stone box all the time. Ahnsok was completely vegetarian. He didn’t wear animal skins or monks’ robes, just a simple blanket made of regular cloth. Every year during the summer he climbed up to the top of the mountain. Some people explained that Ahnsok was doing this to “mingle awareness and space.” He invited people to join him, saying that there were many beautiful lakes on the top of that mountain, but it seems that no one ever accepted his invitation.

Our mother was very devoted to Ahnsok. She was one of his regular visitors, always bringing him vegetarian food like yogurt, butter, and dried cheese. When Khen Rinpoche was young she took him along. One day our mother returned from a visit and told our father Lama Chimed about the conversation she had with Ahnsok. Ahnsok asked her, “Why do you come here all the time? What do you want?” She answered, “I come because you are a good lama.” Ahnsok said, “It is good that you feel this way, but remember other lamas are also good. Keep that thought and do practice as much as you can.”

Occasionally in the summer, Ahnsok came down from the mountain and into the village asking for yogurt. The semi-nomadic villagers lived in yak-hair tents, but Ahnsok never entered their tents; he simply waited outside. He always received plenty of yogurt, and then he would recite prayers. After that he went back to his cave, and to his practice.”