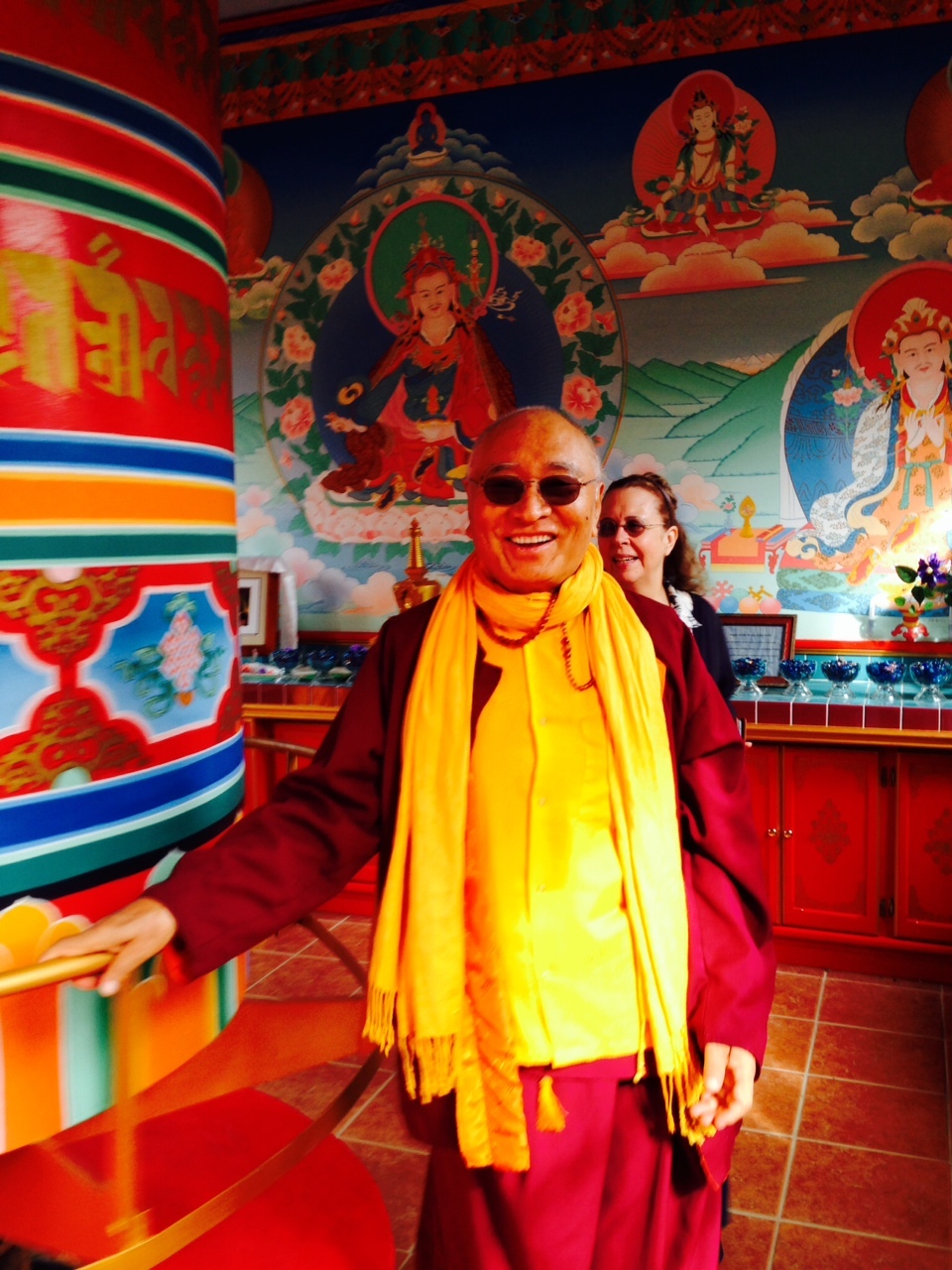 The Importance of Lineage History

“By learning the wisdom of the lineage, we appreciate, honor, and respect the teaching. We also learn to joyfully embrace it as unique, beautiful, and precious, while also seeing how anyone with true devotion and bodhichitta can actualize the result. This is not just for a select group of people. The Tantra of the Great Display of Ati, or Ati Kodpa Chenpo Gyu (ati bkod pa’i chen po’i rgyud) says that if we don’t teach the lineage history, students will not develop full confidence in the teachings. In that spirit, we share this so that we can remember these great masters while feeling great joy and appreciation for this teaching of ours, yours, and everyone’s.

The Buddha gave many teachings that the Nyingma school summarizes into the nine yanas. The ninth and highest yana is Dzogchen. As you all know, Dzogchen is known as Great Completion or Great Perfection because all the other eight yanas—from the Hinayana to Vajrayana—are concluded and completed within it.

Beginning with the Hinayana there are the (1) Shravakayana, (2) Pratyekabuddhayana, and (3) Bodhisattvayana, followed by the three Outer Tantras of (4) Kriyayana, (5) Upayogayana, and (6) Yogayana, and finally the three Inner Tantras of (7) Mahayogayana, (8) Anuyogayana, and (9) Atiyogayana. Atiyoga is where the ground, path, and result of all the other eight yanas are completed and included without missing anything.

These teachings were brought to us by the great compassionate teacher, Buddha Shakyamuni, who came into this world over 2,500 years ago.

For this reason, the Mahayana and Vajrayana teachings were kept secret— the Buddha only gave them to highly capable people in certain areas and different realms. The common public teaching was the Hinayana, which is now known as the Theravada of the southern schools of Buddhism, and the Sarvastivada (thams cad yod par smra ba) of the northern schools of Buddhism. These two schools continue to exist, and what the Buddha taught in the Hinayana are the basic, essential teachings that are common to all the yanas. The Tibetan and Vajrayana teachings came later.

After the Buddha’s mahaparinirvana, there were Seven Patriarchs, or seven representatives of the Buddha. The Buddha himself appointed Mahakashyapa as his regent, and after that seven different great arhats came one after another. During this time, four Hinayana schools called the “four roots of the Hinayana” came into being, and from them, a total of eighteen different Hinayana schools eventually developed.

According to the Mahayana, the Buddha gave Mahayana teachings during his lifetime in many different areas to select groups, but they were kept secret. But about a hundred years after the Buddha’s mahaparinirvana, there was more interest in the Dharma, so these teachings began to shine through, but still very secretly.

About 250 years after the Buddha’s mahaparinirvana, there was a very famous bodhisattva named Vasumitra who came together with as many as 500 other bodhisattvas and recorded all the Mahayana teachings in a higher realm. It was said they collected an elephant load of Mahayana texts of original teachings by the Buddha.

However, as times changed and people became more ready, the Vajrayana gradually began to shine through more and more, very subtly, but very beautifully. Many who connected with these teachings reached enlightenment within a single lifetime, and in many cases, in just a matter of years. This is how Vajrayana and Mahayana Buddhism developed—very beautifully and perfectly as people gradually became more suitable for the teachings in India and beyond.”

Previous Post
Bringing the light of love, compassion, and wisdom to everyone in the most simple and powerful way.
Next Post
Happy Lha Bab Duchen!