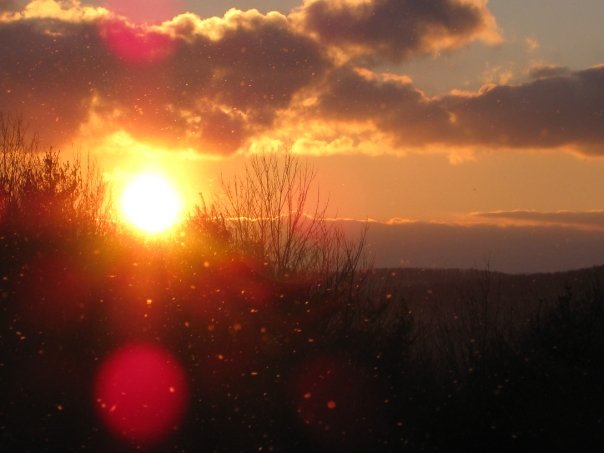 The Bardo of Becoming

“It’s extremely important to train our minds in love and compassion. Whenever you are faced with a difficult situation, if you can simply relax your mind, settle into meditation, and reconnect with pure love and the presence of Guru Padmasambhava, you are developing a very important skill. In this way, the more frightening bardo experiences will remind you to return to the primordial source and merge your mind with Guru Rinpoche, Vajrasattva, or any of the buddhas. All of the terrifying noises and uncomfortable visions are related to the winds. If you learn about these phenomena now, the bardo experiences will be just like a fire alarm going off, and you will remember
precisely what you need to do.

… At this point [after you die], bardo voyagers are restless, and their uncomfortable feelings gradually increase. This continues for about two weeks. You don’t like who you are or your circumstances, even though you may not recognize your real situation. For an ordinary person, the speed and uncontrollable chaos is overwhelming. Fear and anxiety may begin to dominate their mood.

There are no gross elements present at this stage. The bardo consciousness is developing in relation to its karmic winds of the four elements of earth, water, fire, and air. These four winds interact with our habit patterns and emotional instability, and give rise to further visions that tend to be rather frightening. When the earth wind becomes unbalanced, it causes you to feel like there are landslides and earthquakes. As the water wind is affected, you get stormy visions of heavy rain and crashing waves as if there were a hurricane, and this makes your consciousness more unsteady. When the fire wind is influenced, you see houses, buildings, and whole cities burning, and great fires spreading through mountain forests. When the wind of air is affected, you feel intense pressure, and hear howling and rumbling like a tornado is approaching.

If you were a kind-hearted, loving person, a guide often appears to assist you through this phase. This is very helpful because the situation is beginning to seem exhausting and endless, even as new changes continue to develop rapidly. For those who have been involved in negative activities like torturing, killing humans, or even butchering animals, malicious beings appear who cause trouble and confusion for them wherever they go. Any time they begin to feel safe and secure, someone suddenly appears to disturb them and destroy their peace of mind. This happens over and over again.

… After about three weeks, the habit patterns of your previous life begin to lose force and dissolve. The energy of the patterns begins to wane, and your normal vision of things is shown to be false. At this point, your consciousness undergoes a crisis of deep uncertainty about the nature of existence. Everyone who wanders this far into the bardo will have this kind of experience, regardless of their habits. Gradually, visions of your future life appear like the glow before sunrise. This gets stronger and clearer as you approach the dawn of future habit patterns and karmic rebirth. It’s not yet very bright, but even so, it’s attractive
because you’re tired of being afraid and wandering without any support.

During the fourth week, the emerging pattern of the future becomes even stronger. You start to feel comfortable with it. Your association with your previous habitual body ends as a new form arises, and you like the feel of the energy. It’s like taking birth in the god realm, with a rosy anticipation of some security as the light slowly increases.

While the beginning of your next life is inevitably approaching, lights of different colors and intensities will appear. The nature of your thoughts and attachments determine which color is attractive, and where you will take rebirth. By the seventh week, you abandon almost all attention to past memories, and shift your focus to your new situation. Everything becomes increasingly defined, until somewhere around forty-nine days when the average person takes up residence in a womb.

In most cases, reincarnation is not a conscious decision—it’s determined by the power of karma. If you haven’t practiced, you will have difficulty recognizing the opportunities for liberation in the clear light, and you’ll be carried by the force of your karmic winds. They will drive you along and you won’t have much choice. Practitioners who have some understanding of the mind have the ability to influence their destination and choose a higher rebirth. They may even get to be born to parents they like. But most beings just wander for awhile, visiting different places in their mental body. After an average of forty-nine days, they re-enter the bardo of birth and life in one of the six realms according to their karma.”

Photo of the Padma Samye Ling sky in 2008, as well as the six bardos of living and dying.