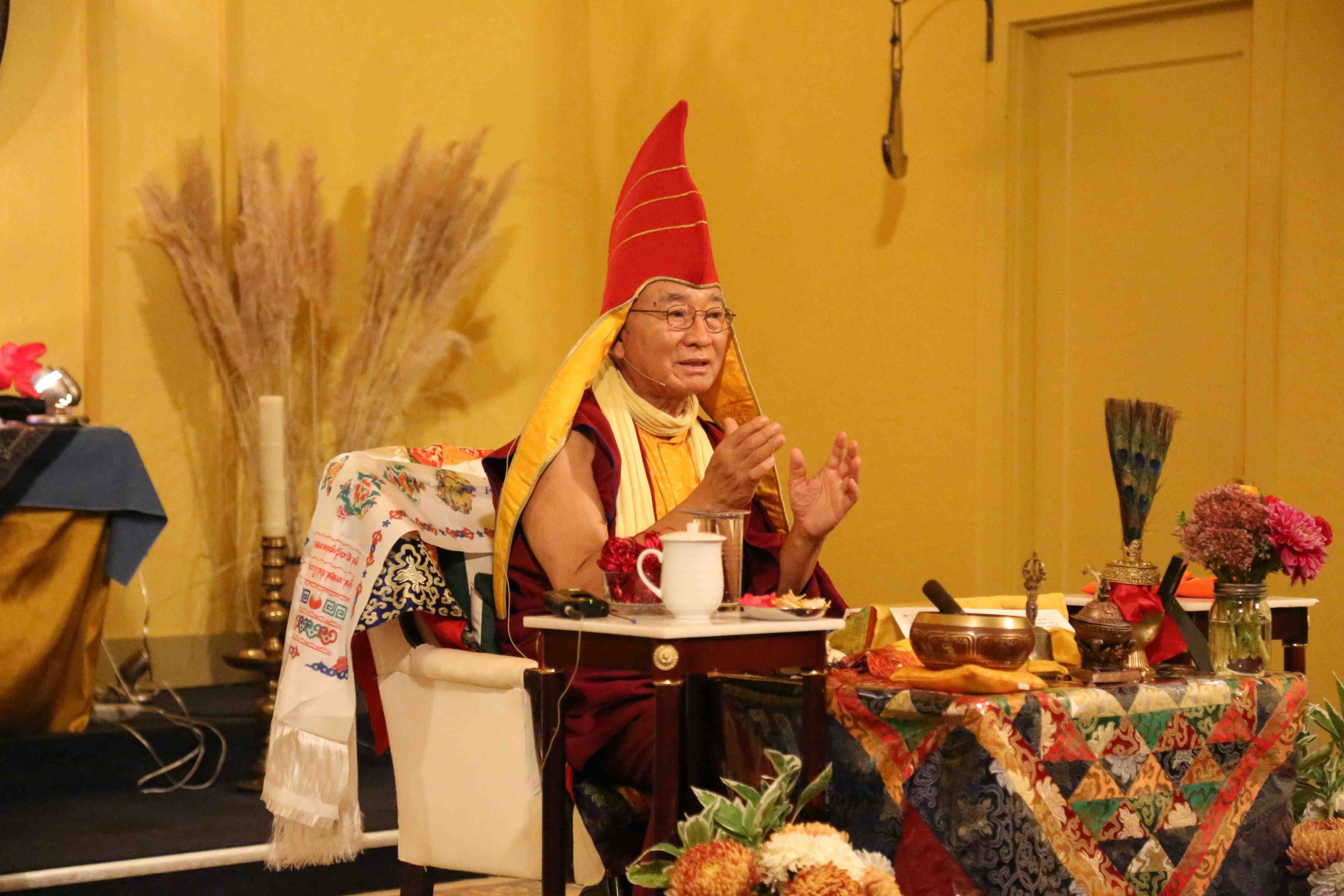 “Bodhichitta can be divided into two forms: absolute and relative bodhichitta.

Relative bodhichitta has to do with the intention of wanting to help people—we develop a feeling of concern toward those who are suffering.

Absolute bodhichitta is related to fully actualizing bodhichitta after we embark on the bodhisattva path. Rather than simply having the intention to remove suffering, eventually we become capable of actually removing others’ suffering. This happens when we realize the true nature of bodhichitta, which is currently only a potential.

Bodhichitta is divided into the cultivation of merit and the cultivation of wisdom. The five paramitas [pha rol tu phyin pa] of engaging in generosity, morality, patience, joyful effort, and concentration are based on the accumulation of conceptual merit. The accumulation of nonconceptual wisdom is based on the last paramita of prajna or wisdom. Prajna sheds a whole new light on how we understand each of the paramitas.

For instance, while practicing the paramita of generosity we might engage in giving. As we reflect on the activity of giving, we begin to realize that ultimately there is no giver, no recipient, and no gift. In this way, we come to understand that everything is insubstantial. There is no true substantiality in the conceptual divisions that we make regarding giver, recipient, and gift.

Sometimes the six paramitas are classified differently according to the three principles of ethics, concentration, and wisdom, otherwise known in Sanskrit as shila [tshul khrims], samadhi, and prajna.

Ethics is when we refrain from harming others. Ethics has to do with how our mind relates to things.

Concentration is whenever we are able to keep our attention on what we are doing in the present moment. Strictly speaking, for us to be in meditative concentration it does not matter what sort of object our mind is directed toward.

Wisdom covers a broad range of things, beginning with ordinary intellectual exercises such as accumulating facts and figures, and learning mathematics, medicine, logic, and so on. Gradually, wisdom includes understanding that the true condition of things is insubstantial and empty, and realizing that there is no permanent, substantial ego that endures through all of our temporary experiences.

We should not be too rigid in our thinking about what is and what is not Dharma practice. Sometimes people think that Dharma practice means to throw oneself into some formal practice for years and years, and that if we don’t do that we are not practicing at all. But this is not true. The practice of Dharma has to start off with whatever we are doing. Being mindful and aware, and trying to acknowledge and correct mistakes in our life is itself Dharma practice.

In a teaching on Vinaya, the Buddha said that we should not look at small, wholesome practices as something that can be ignored, and only pursue what we believe to be formal practice. Instead, we must accustom ourselves to doing small, good things so that the whole process starts to build on itself. He gave the example that if we place a pot underneath a leak in the ceiling, over time water will come through the ceiling, drop into the pot, and before we know it the pot will be full. Similarly, if we are able to predispose ourselves in a particular manner, and become familiar with doing certain things, eventually we will be used to doing those things in that way.”