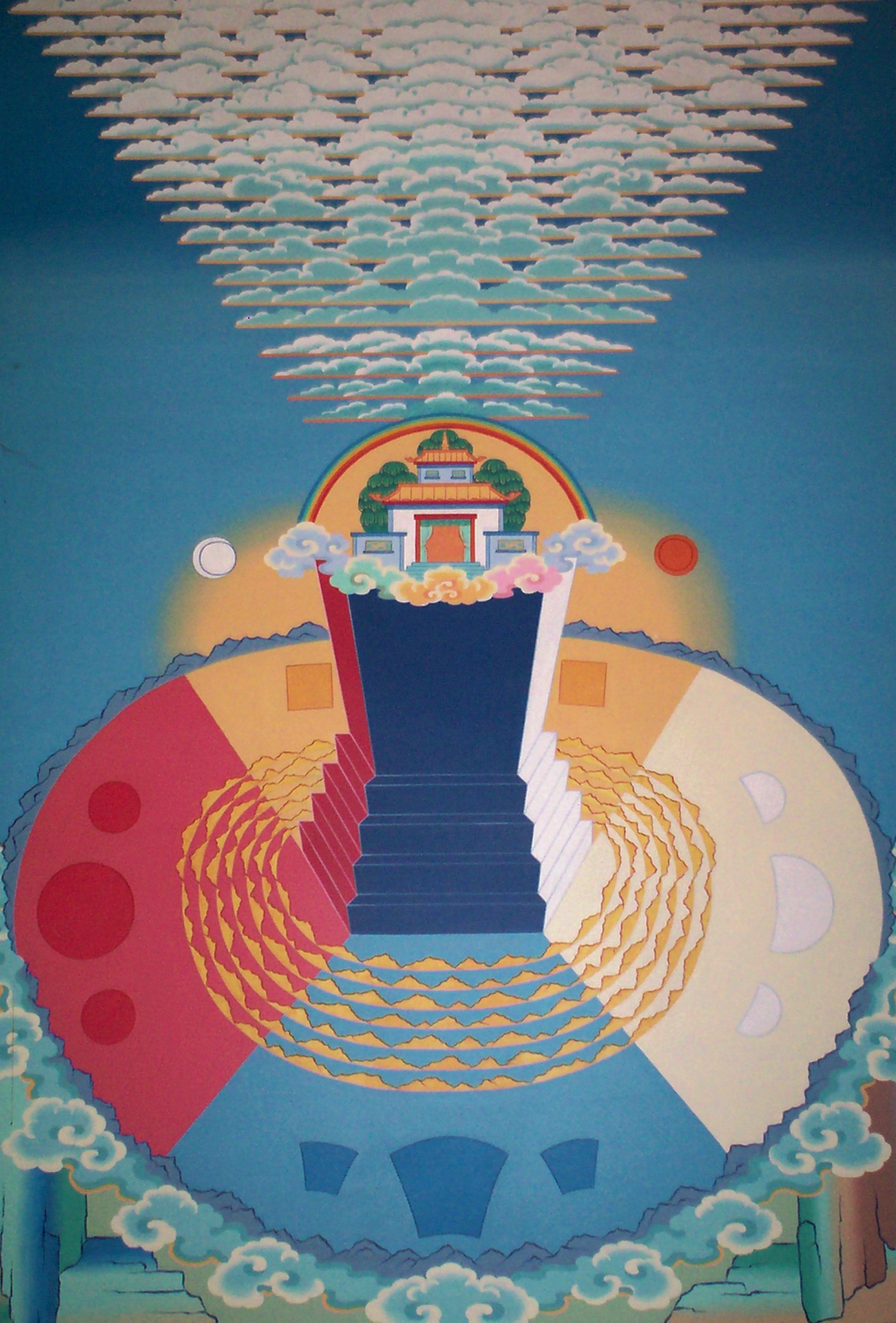 Aeon [Tib. bskal pa; Skt. kalpa]. The Sanskrit word kalpa refers to a world-age, period, or cosmic cycle during which the universe (1) arises, (2) abides, (3) gradually declines, and is subsequently consumed by the different elements until it (4) dissolves into space or voidness. (A kalpa is not to be confused with the four temporal ages: “golden age,” “age of threes,” “age of twos,” and “degenerate age.”)

According to the teachings, the one thousand buddhas of this Fortunate Aeon will all achieve enlightenment in the Vajra Seat [rdo rje gdan] under the Bodhi Tree, which is said to remain intact even after the universe is consumed by fire, wind, and water.

While the length of a kalpa cannot be grasped by ordinary beings, the Buddha once described it in the following way: the duration of a kalpa is such that were a man to gently brush a piece of silk against Mount Sumeru—the enormous mountain in the center of the universe—once a day, sooner would the mountain be reduced to dust by the silk, yet still the kalpa would not have ended.

Painting of the Buddhist cosmological representation of the universe, with Mt. Sumeru at its center, from the Padma Samye Ling gonpa murals.